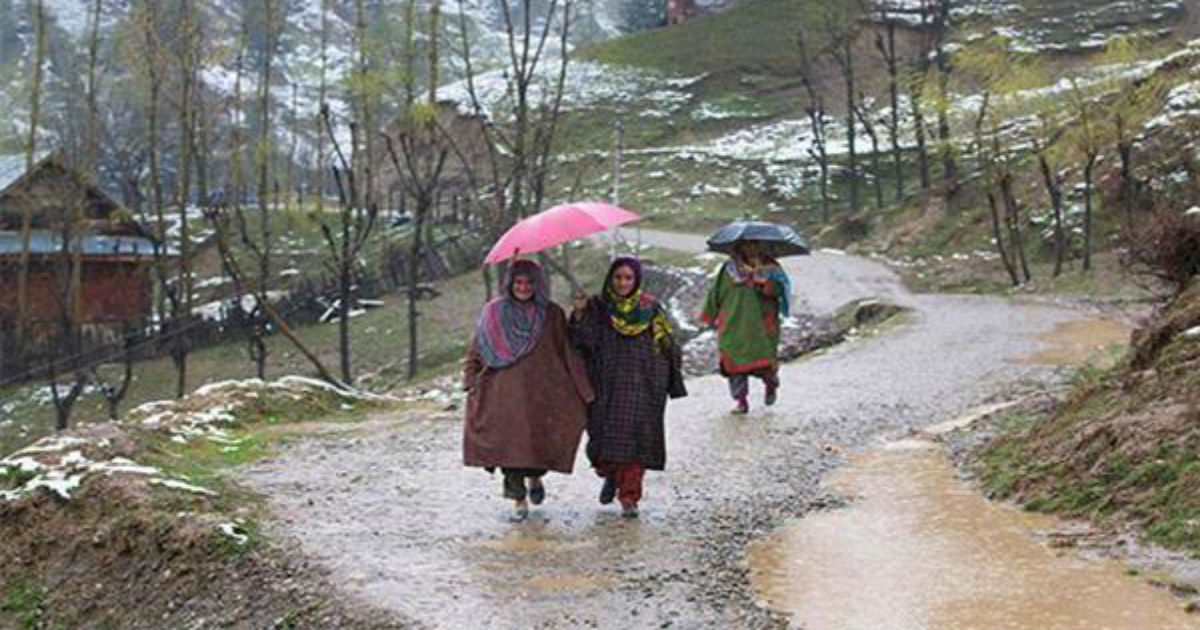 A 35-year-old nomad, along with four to five buffaloes, were killed after a cattle shed collapsed in the Mendhar area of Poonch district.

The deceased was identified as Mohd Shokit. He is the son of Mohd Hussain, who is a resident of Kaller Mora Mendhar, presently residing in Gola Nari, Kotli Kalaban, in Manjakote tehsil of Rajouri district.
Later, the body was removed from the debris by the locals.

A Tata Sumo was also stuck in a flash-flood at a culvert in Chatral river in Mendhar sub-division. Local people raised an alarm, and rescued the passengers, and the driver from the flooded river.

Reports from Rajouri also claimed that water level increased in Suktoh and Darhali rivers. This caused damage to several ‘Kucha’ (mud) houses and roads in the district. A footbridge was also damaged in the district.
“We are still assessing the losses due to heavy rains,” said Additional Deputy Commissioner Rajouri, Thakur Sher Singh.

The power supply in several parts of Rajouri and Poonch districts was also affected following the damage to transmission lines between Draba and Manjakote due to flash floods.

On Monday, four people including three of a family in the upper reaches of Reasi district were killed in rain-related incidents.
In Jammu city, several jhuggis (slum-dwelling units) also washed away after a flash flood in a nullah in Narwal area.

A retaining wall was also damaged near yard number 7 of Transport Nagar Narwal.

“Due to heavy rains, the restoration work has been stopped. The restoration work would resume only after rains stop. The shooting stones at vulnerable Panthial area on the high is another major problem for clearance of road for traffic,” PK Phonsa, Project Director, NHAI, Ramban Sector told the National news Paper.(KINS)

Number of recoveries in India exceeds the active cases by 3.5 times

Teacher’s Killing: Police Files FIR For ‘Escape Or Attempts To Escape From Custody’