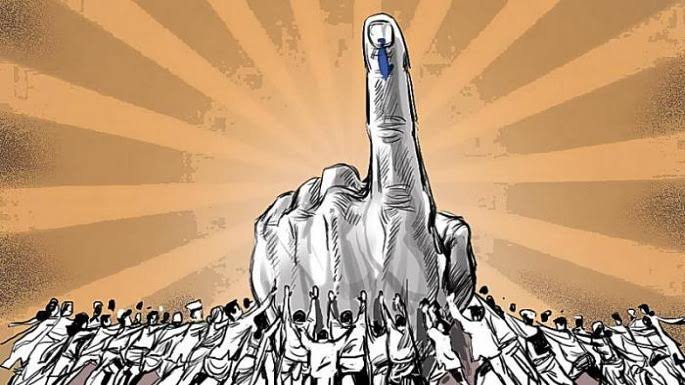 One of the top BJP leader told News Agency Kashmir Indepth News Service (KINS) that Ram Madhav on his visit to the valley Friday afternoon held the close door meeting here in the circuit house Srinagar with senior party leaders. “The closed-door deliberations continued for several hours and the security of BJP workers and the emerging political scenario in the Valley were discussed,” said the leader wishing anonymity.

He said that Madhav assure the leaders that the security issue of BJP leaders, Panchas and Surpanchs will be addressed soon. “Besides Madhav urged party leaders to gear up for the Pancahyat elections,” he said.
Sources told KINS that Madhav had come to check the political developments on the ground and took feedback from everyone. “We submitted a memorandum demanding security for every political worker irrespective of party affiliation.” said a senior BJP leader wishing not to be named.

Madhav, who had previously played a key role in the formation of the BJP-PDP coalition, arrived here days after six main political parties, including the National Conference (NC), Peoples Democratic Party (PDP) and the Congress, announced that they stood by the “Gupkar declaration” and would jointly fight for the restoration of Article 370.

The visit also comes at a time when recently  working committee of J&K BJP in a unanimous resolution reiterated party’s commitment to restoration of statehood. BJP has termed the Gupkar Declaration “anti-national, pro-secessionist, misleading and deceptive”.

The BJP working committee in the meeting had also reiterated that article 370 and 35 (A) were part of history now and nobody could sell pipe dreams to the people of J&K anymore. The party had passed a 28-point resolution in the meeting in which they demanded that assembly elections should be held as soon as the delimitation exercise is completed.

During his first visit here in October last year after the abrogation of Article 370, Madhav had maintained that the regional parties would only be allowed to do “routine politics” like seeking restoration of statehood to J&K.(KINS)

Coronavirus is a reality now, we have to live with : DC Srinagar