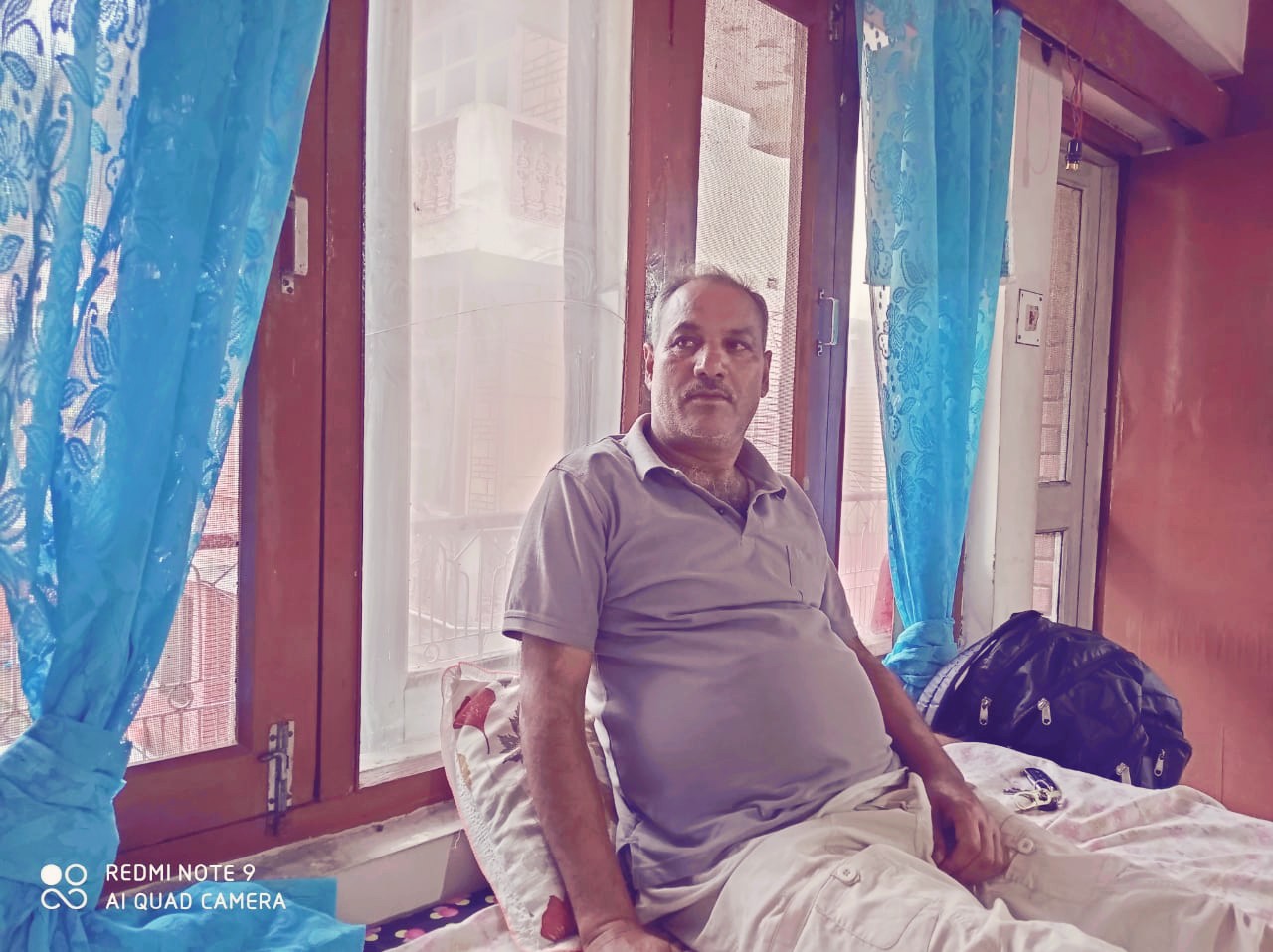 SRINAGAR, August 29(KINS): In 2001, at least 12 bullets hit Ghulam Mohammad Mir of Litter Pulwama after he was attacked by gunmen outside his home. Nineteen years down the line, he says he will never resign as Sarpanch.

Mir got seriously injured on February 24, 2001 when gunmen fired at him outside his home in Litter area of South Kashmir’s Pulwama district.

He was rushed to a Srinagar hospital by his family and reighbours in a critical condition.

After operating multiple times, he survived. For nine months, he was hospitalized at Srinagar’s Bone and Joint Hospital.

“Twelve bullets fired by militants hit me. It was a miracle that I survived,” Mir said, who was then Block President of the National Conference.

Since then, Mir, 52, says he is living under constant fear. In 2018, he contested the 2018 Panchayat elections as an Independent candidate. After which he also won Block Development Council polls in 2019. Earlier this year, he joined the Bhartiya Janta Party.

Mir says he rarely visits his constituency. “We are not able to work on the ground. Who from my constituency will come to Srinagar and enquire about their problems?”

Gripped under constant fear, hundreds of Panches and Sarpanches like Mir have been put up in Srinagar hotels by the government, who are unable to review the developmental works in their respective constituencies in Kashmir.

“We put our lives in risk after contested polls but nobody is bothered about our security. How can we review developmental works miles away from our constituencies?” he asked.

In the 2018 Panchayat election, two major political parties of Jammu and Kashmir including the Peoples Democratic Party (PDP) and National Conference (NC) did not participate over the issue of special status. The election was largely boycotted in Kashmir and over 12,000 Panchayat seats are still lying vacant.

In Kashmir out of 20093 Panch and Sarpanch seats, only 6162 Panches and 1366 Sarpanches were elected in the polls while 12565 constituencies have remained vacant.

Ever since the Panchayat elections in Jammu and Kashmir, the Centre has been talking about strengthening grassroots in the new Union Territory.

Mir said he won’t resign in the backdrop of recent attacks on Panches and Sarpanches in Kashmir.

“If everyone resign but I won’t resign because of militant threats. Recently we had a meeting with the Lieutenant Governor but nobody listened to us. I will never resign and will die as an Indian,” he says.

He claimed those who attacked him are the enemies of the nation.(KINS)

Lawaypora Encounter: ‘Due process of law will be followed’, says Govt