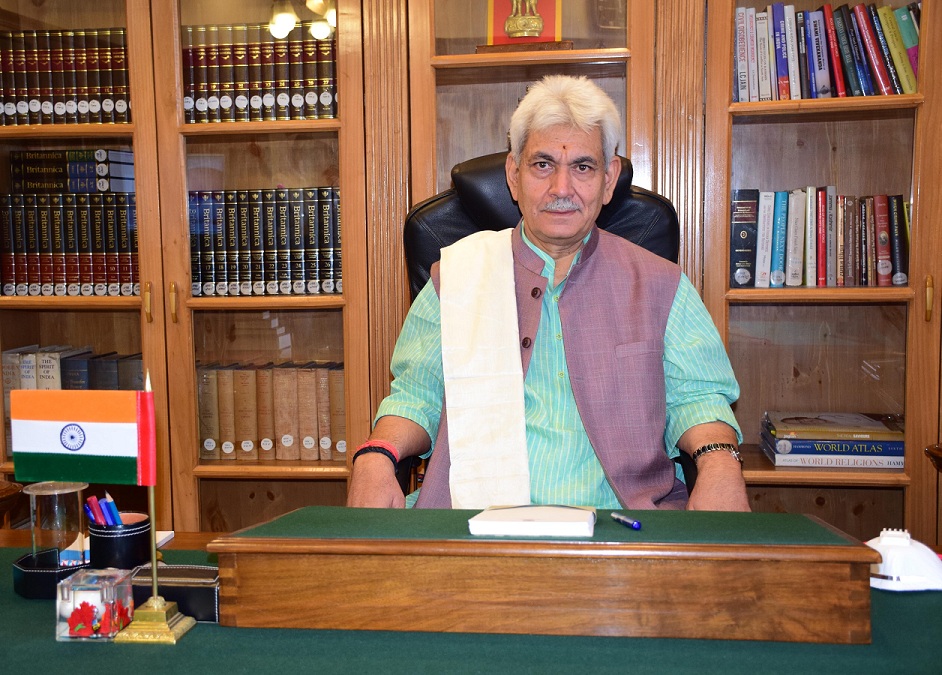 Jammu: Union Ministry of Home Affairs has issued rules for transaction of business of the Government of Union Territory of Jammu and Kashmir while giving exclusive powers to the Lieutenant Governor in handling affairs related to Public Order, Police, All India Services and the Anti-Corruption Bureau and even the elected Chief Minister will have no say in these crucial matters.

As per the new rules, the Lieutenant Governor will play an important role in the appointment of Chief Secretary and Director General of Police and vital matters pertaining to peace and tranquillity of the Union Territory, interests of minority community, Centre-UT relations, matters relating to Annual Financial Statement and Plan Evaluation and administrative importance etc will be submitted to him before issuance of any order by the Government.

He will continue to exercise all these and several other powers even after the restoration of democratically elected Government in the Union Territory following holding of Assembly elections in future.

Even the Council of Ministers will not be in a position to deliberate on the matters kept exclusively at the discretion of the Lieutenant Governor.

The Transaction of Business of the Government of Union Territory of Jammu and Kashmir Rules, 2019 have been notified by the Union Home Secretary Ajay Bhalla after the same were approved by the President of India Ram Nath Kovind in exercise of the powers conferred by Section 55 of the Jammu and Kashmir Reorganization Act, 2019 read with the Proclamation dated October 31, 2019.

As per the Rules, the Lieutenant Governor may by standing orders in writing, regulate the transaction and disposal of business relating to his executive functions.

The Lieutenant Governor shall in respect of matters connected with Public Order, Police, All India Services and Anti-Corruption Bureau exercise his executive functions in his discretion under the Act.

In respect of Public Order, Police and IPS officers, the matters shall be submitted to Lieutenant Governor by the Principal Secretary Home through the Chief Secretary while as in respect of matters connected with All India Services Officers (IAS and IFS) and Anti-Corruption Bureau, the matters shall be submitted to him by the Commissioner/Secretary, General Administration Department through Chief Secretary.

This means that unlike the practice before the bifurcation of erstwhile State into two UTs, the Chief Minister would not have powers to transfer IAS, IPS and IFS officers.

To tighten its grip over the J&K, the Government of India will have final say in all the sensitive matters and this can be gauged from the relevant Rule which states: “Subject to any instructions which may from time to time be issued by the Central Government, the Lieutenant Governor shall make a prior reference to the Central Government in the Ministry of Home Affairs or to the appropriate Ministry with a copy to the Ministry of Home Affairs in respect of proposals affecting the relations of the Central Government with any State Government, the Supreme Court of India or any other High Court; proposals for the appointment of Chief Secretary and Director General of Police; important cases which affect or are likely to affect the peace and tranquillity of the Union Territory and cases which affect or are likely to affect the interests of any minority community, Scheduled Castes or the Backward Classes”.

Even all correspondence with Union Public Service Commission and the Central Government regarding recruitment and conditions of service of persons serving in connection with the administration of Union Territory shall be conducted by the Chief Secretary or Secretary of the department concerned or any other officer authorised in this behalf under the direction of the Lieutenant Governor.

As per the Rules, proposals relating to cases raising questions of policy; matters which affect or are likely to affect the peace and tranquillity of the Union Territory; matters which affect or are likely to affect the interest of any minority community, the Scheduled Castes, the Scheduled Tribes and the Backward Classes; matters which affect the relations of the Government with any State Government, the Supreme Court of India or the High Court of Jammu and Kashmir; proposals or matters required to be referred to the Central Government; matters pertaining to the Lieutenant Governor’s Secretariat and personnel establishment and other matters relating to his office; matters on which Lieutenant Governor is required to make order under any law or instrument in force; matters relating to summoning, prorogation and dissolution of the Legislative Assembly; cases relating to issue of rules under an Act in force in the Union Territory; any departure from these rules which comes to the notice of the Chief Secretary or the Secretary of any department; matters relating to Annual Financial Statement and Plan evaluation and any other proposals of administrative importance shall essentially be submitted to the Lieutenant Governor through the Chief Secretary, under intimation to the Chief Minister, before issuing any orders.

As per the Rules, the Chief Minister will be under compulsion to furnish information relating to the administration of the Union Territory and proposals for legislation as the Lieutenant Governor may call for.

Moreover, the Chief Minister will have to submit for consideration of the Council any matter on which a decision has been taken by a Minister but which has not been considered by the Council if the Lieutenant Governor so requires.

NC’s PAC in meeting reviewing strategy for legal battle against abrogation of Art 370 & Art 35 A , withdrawal of statehood

Recent cases tip of an iceberg