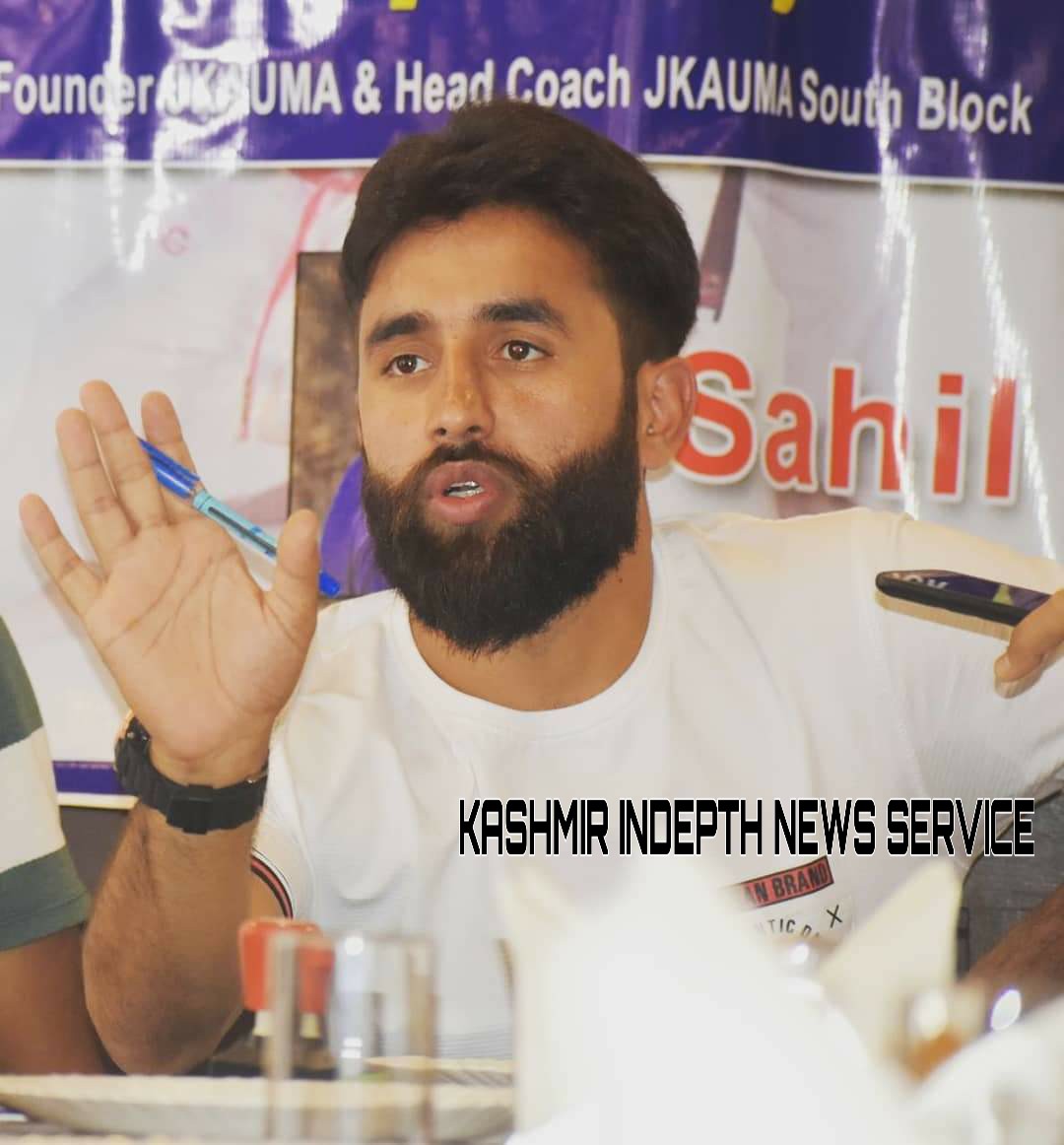 Raouf Dar
Srinagar Sep 03 (KINS): Aaqib Majeed hailing from S.K Colony in Anantnag town is a martial art coach who has trained eight international and 3500 national players in Jammu and Kashmir.
He is co-founder and Joint Secretary of Jammu and Kashmir Academy of unified Martial art (JKAUMA) and head coach of South Kashmir.
He has trained a number of players who made Jammu and Kashmir proud both at national and international level.
He has done his schooling from Oxford Presentation School Anantnag. During schooling he visited martial art training camp and got selected for state champion in 2011.
In 2013, while practicing he suffered from rib injury.
“After injury I decided not to play but to train others,”Aaqib Majeed told news agency Kashmir Indepth News Service (KINS).
In 2015, he did his martial art training course from Anantnag, Srinagar, Jammu and Delhi.
He has trained hundreds of martial art players including eight international and 3500 national and infinity state mix martial art players in Jammu and Kashmir.
These players played in different parts of the country including in Goa, New Delhi, Chatisgarh, Maharashtra, Haryana and Patna.
“Presently, I train scores of players across south Kashmir and those students who want to learn martial art are always welcome to join my training camp,” he said.
“I am satisfied with my work as it is a proud moment for me that I trained thousands of students. My dream is complete when I see myself as a martial art trainer.”
He further said that those whom he has trained are playing at national and international levels.
“We have set up five training camps in south Kashmir out of which three are in Anantnag, one  in Kulgam and one in Pulwama. So far we have rehabilitated many youths who were involved in drugs as our slogan is “Drugs out Sports in”.
He asks youth to engage in sports.
“Sports will keep them away from depression and drugs,” he said,adding,”we have seen many youth taking drugs which is dangerous.Sports is the only way to keep them away”.
He asked parents to allow their children to play sports.
He however regrets they face difficulties while training students.
“We don’t have proper infrastructure for playing and giving training. Due to lack of building we train students at different places in shifts,” he added.(KINS)

Over 2.5 lakh people associated with handicrafts in Kashmir suffer badly

SDA bans all construction works within its limits: Vice Chairman