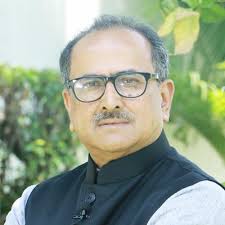 Panchayat elections on vacant seats to be held soon: BJP

Srinagar, Sep 04 (KNS): Bhartiya Janta Party (BJP) Friday said  it is ready for any democratic process in Jammu and Kashmir and that the party wants Assembly polls and Panchayat elections on vacant seats in the Union territory of Jammu and Kashmir to be held soon.

“As far as the BJP is concerned, we are ready for the polls any time, whether it is today or a few months later. But yes the Assembly elections along with the polls on Vacant panchayat seats should be held soon,” BJP senior leader and former Deputy Chief minister Dr Nirmal Singh told news agency Kashmir indepth News Service (KINS).

The BJP is the only party in the state that backs elections at this time.The other major parties, the National Conference and the People’s Democratic Party had opposed holding the polls in the New Union territory of Jammu and Kashmir.

The BJP leader however said that as far as the timing of the assembly elections is concerned, the decision and discretion of that is absolutely with the Election Commission of India.

The Election Commission on several occasions had said it would announce elections in the state after it received a green signal from both the Centre and the state government on the law and order situation.

“BJP will register a “splendid victory” in the elections and “write a new chapter” by forming its own government in Jammu and Kashmir,”he said.

He further said that the political atmosphere in the Union territory is “now more favourable for the BJP” as the people have themselves seen the “real faces” of the regional parties.

“They always betrayed the people by playing emotional cards but now none of them would succeed in their game plans,” he said.

“While the BJP has always been sincere about flourishing democracy, others were opportunists, who did not contribute in strengthening democracy at the grassroots level and went for boycotting the ULB and panchayat elections,” the BJP leader said.

It is to mention here that soon after assuming charge, BJP working president J.P Nadda had said that the party is ready to face the Assembly election in Jammu and Kashmir anytime the poll panel decides.

The national General Secretary Ram Madhav in his recent visit to the Union territory had also told the Jammu and Kashmir core group of the party to start preparing for the panchayat and Assembly election in Union territory.(KINS)