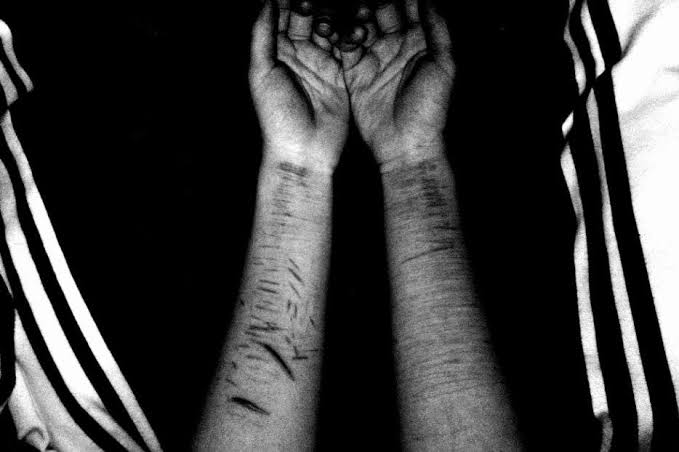 SRINAGAR, Sep 10(KINS): With world observed suicide prevention day on Thursday, it has been found that anxiety and depression lead people to take the extreme step.

Suicide Prevention Day is observed on 10th September each year. It is an opportunity to raise awareness all across the world that suicide can be prevented.

The ongoing pandemic has affected mental health majorly. Staying at home, low physical activity, less socialising and unexpected changes in the way everything works has made it important to highlight suicide prevention.

It has been found that Kashmir has witnessed an increase in suicides.

In the recent past several people including some girls attempted suicide.  The increased incidence of suicide attempts, particularly among the Kashmiri youth, has become a serious concern for the people.

A police official told news agency Kashmir Indepth News Service (KINS) that it is the responsibility of every one to prevent suicide attempts. “Anxiety has increased for the last few months. We should not allow depression to take over. Some NGOs  are also making an effort by counselling people how to overcome anxiety,” the official added.

An elderly man from Handwara area of north Kashmir’s Kupwara committed suicide by hanging self on June 21. On June 23, a 26-year-old youth ended his life by hanging himself in Mandipora area of south Kashmir’s Ananthnag district.

June 24, a 22-year-old youth hanged himself to death in Tangmerg area of North Kashmir’s Baramulla district.

On June 25, a 21-year-old youth ends life by committed suicide in Sopore town.

Experts believe that first aid for mental health should also become a part of the curriculum in schools and colleges.

“We need to therefore empower educators, parents and other primary caregivers, who are regularly engaged with young people to be able to provide guidance in times of need,” a doctor at Srinagar’s SMHS Hospital told KINS.

“Parental pressure, tough competition in studies and career, lack of moral and religious education are the main reasons for these suicidal attempts among youth,” the doctor added.

Dr. Manish Jain who is a Psychiatrist has been quoted by NDTV that suicide is now recognised as a public health issue in almost every country. “Suicide rates have been increasing gradually to the extent that it has become one of a major cause of death worldwide. It is important to identify the early warning signs and factor that can lead to suicide,” Dr Jain said.

Dr. Jain explains, “The causes for a suicidal intention can be complex, ranging from social, economic, health, cultural, political, religious and other areas of individual’s life. Suicide is multifactorial in nature, cumulative due to number of causes which are progressive and operate over a period of time. Even sometimes an impulsive suicide can be extremely difficult to understand.”

“A passing suicidal thought happens to most of the individuals in a sudden life crisis or a traumatic situation. An Individual passing through any of these phases may think, attempt or complete the act. Some individuals due to their inability to cope with the stress or lack of adequate support mechanisms, finally find suicide as an option. However, the word option itself indicates that there are choices,” he adds.

“The major steps towards preventing suicide are identifying the problem in various dimensions, understanding risk factors, and identifying what works in individual societies. An early recognition of the warning signs and professional assistance can help to save a life.”(KINS)

BJP winning or losing isn’t the end of the world, says Mehbooba

CEO Srinagar says, Teachers have to join schools from 1st march, ‘Head of institutions to set in motion Covid- 19 SOPs from 20th Feb’