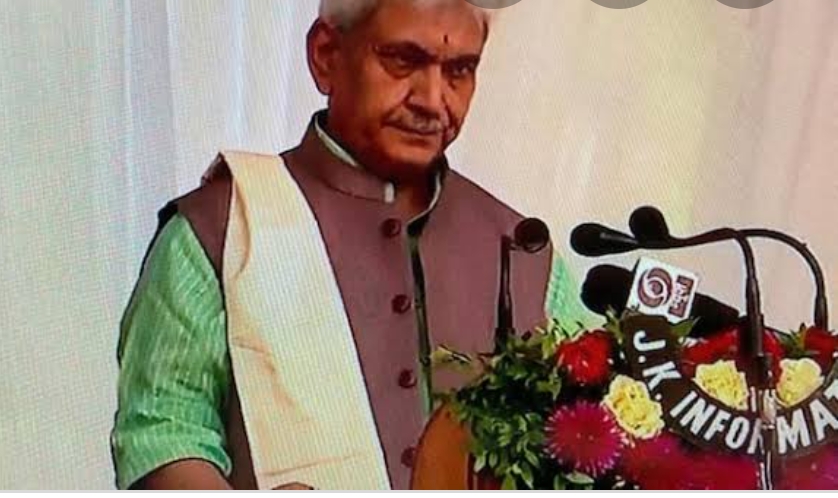 Srinagar, Sept 14 (KINS): Lieutenant Governor Manoj Sinha on Monday assured that “no injustice will be done” in an alleged fake encounter happened in Amshipora of south Kashmir’s Shopian district on July 18 this year and said separate investigations are underway to bring the fact to fore.
According to news agency KINS Srinagar correspondent while addressing a presser in the auditorium of Raj Bhawan here, LG Sinha assured the victim’s families that the probe is going on and families will get justice. “Separate investigations are going on in the Army and administration regarding the case. I assure you that no injustice will be done”, LG Sinha said.
Notably few days back, in a letter addressed to the Lieutenant Governor J&K, the families of three Rajouri boys killed in an alleged fake encounter in Shopian on July 18 had sought LG’s personal intervention and demanded an impartial and fair probe into the killings and results of the DNA report to establish the truth. Family also sought permission for exhumation of the bodies so that their decent burial can be arranged.
LG said that a committee constituted to suggest a package for the revival of business and other ailing sectors across J&K has submitted its report which is under consideration with the Government of India and hinted out that a “big announcement” is on cards which will be made public within a week.
LG said that it is not that the business of Jammu and Kashmir has suffered a huge brunt for the past one year or so but the fact remains that since the past 15 or 20 years, every sector has suffered losses.
“Yes, there was a committee constituted to suggest a package. The committee has submitted its report which is under consideration with the Government of India and I think within a week’s time, there is going to be a major announcement about a big package”, LG said while responding to a query.
He said that the package would perhaps be the first ever and would not just cover the ailing business sector but other sectors that have suffered in J&K so far.
When asked about packed traffic movement on highways leading inconvenience to commuters, LG said the administration led by him will look into the issue. “Give me some time, I will talk to you on this issue,” he said.
The LG Sinha also said that there will be public Darbar at Divisional and Sub-Divisional levels across UT on every Wednesday where Div Com’s and DC’s will listen to the grievances of people and ensure its timely resolution. “This will be on a rotational basis like first week Divisional Commissioners will attend Darbars at Divisional level and on the next Wednesday they will remain present at Sub-Divisional level.
He added that the process will be monitored for three months after which we will take it further to block levels.
He further added that Back to Village Program -3 will commence from October 2. “Before that, I would like to announce here that every Panchayat Halqa will get Rs 10 lakh for various developmental works”, he said and added the officers of the administration will only facilitate the works and rest exercise will be done by the Panchayat members themselves. (KINS)