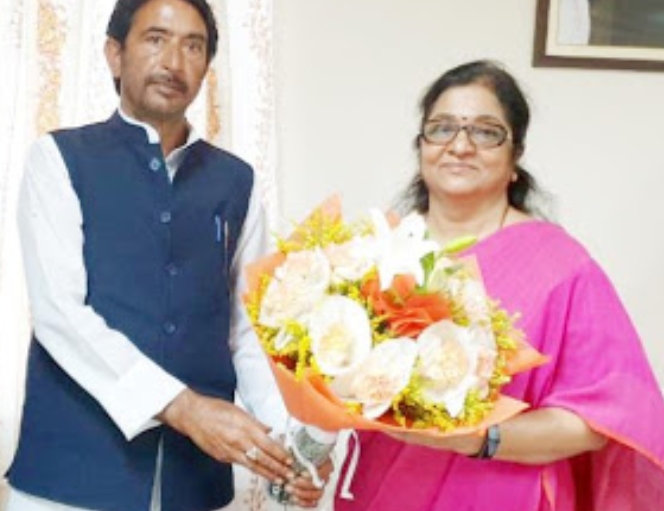 Former Rajya Sabha member Rajani Patil was named as the new in-charge of Congress in Jammu and Kashmir. The appointment of the 58-year-old leader, who hails from Maharashtra, was approved by congress high command.

Sources within the congress told news agency KINS that Rajni Patil will visit Jammu and Kashmir and Ladkah Union territories in the first week of October to interact with senior party functionaries, including former ministers and legislators, to take stock of the current political scenario.

Sources said that she will hold detailed interaction with senior functionaries of PCC workers and other party functionaries, to take stock of the organizational issue. “ Rajni Patil will hold detailed deliberations about the present atmosphere of the UTs and activities of organizations. It is likely that she will also hold separate meetings with workers and Block Presidents,” sources maintained.

Sources said that the senior Party leaders of the congress have already briefed her about the situation in the two Union territories.

Sources said that the Rajni patil has described party workers as the backbone of the organization and delegates and block presidents as pillars of the party.

She has asked the party leaders to work hard to strengthen the Congress party under the young leadership of Rahul Gandhi.

A JKPCC statement issued here has said they held threadbare discussions over the organisational affairs and other state of affairs in J&K. It said Patil would visit J&K and Ladakh in the first week of October.

“The leaders held threadbare discussions with regard to organisational affairs and activities in both J&K and Ladakh and vowed to continue to work hard for the betterment of the people,” the statement said.(KINS)

Over 6700 officers/official of JK Police promoted durin, by PHQ, other offices270 ASIs promoted as SIs; 26 NGOs given grade promotion

Two years on, Govt fails to conduct audit of buildings to resist calamities