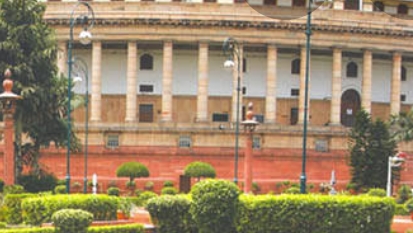 KINS Desk
Srinagar, Sep 23 (KINS): With Rajya Sabha passing a Bill for inclusion of Kashmiri, Dogri and Hindi in the list of official languages in the Union Territory of Jammu and Kashmir, in addition to the existing Urdu and English, Parliament today gave its nod to the legislative proposal.
Rajya Sabha passed the Jammu and Kashmir Official Languages Bill, 2020 unanimously with voice vote, as Lok Sabha had cleared it on Tuesday.
Replying to a debate on the Bill, Minister of State (MoS), Home G Kishan Reddy said it was a long-standing demand of the people of Jammu and Kashmir that the language they speak should be included in the list of official languages. He pointed out that around 74 percent of people in the Union Territory speak Kashmiri and Dogri languages.
The Minister said that according to the 2011 census, only 0.16 percent of the population in the UT of J&K spoke Urdu, while 2.3 percent spoke Hindi. He said the government would also take steps to encourage other local languages like Punjabi, Gurjari and Pahari in the region.
Participating in the debate on the Bill, Naresh Gujral (SAD) termed it “unfortunate” that Punjabi was not included in the Bill and urged the government to reconsider it, as 13 lakh Punjabis live in the UT of J&K.
The J&K Constitution included Punjabi and the first Chief Minister of J&K was a Punjabi, the SAD MP said, while adding: “It hurts the feeling of those who are settled there. I would urge the government to reconsider because language is the basis of cultural heritage of the community.”
Mir Mohammad Fayaz (PDP) demanded inclusion of Gurjari, Punjabi and Pahari in the Bill, saying that the motto of “Sabka Saath, Sabka Vikas” was lacking in the state. “Include Punjabi, Gurjari and Pahari so that we win the trust of everyone in J&K,” he said.(Tribune)

4% seats in professional institutions reserved for Ladakh
24 engineering seats, 35 medical seats for students from UT of Ladakh, in academic year 2020-21

Indian IT Contractor, Wife And Father Charged In US With Insider Trading