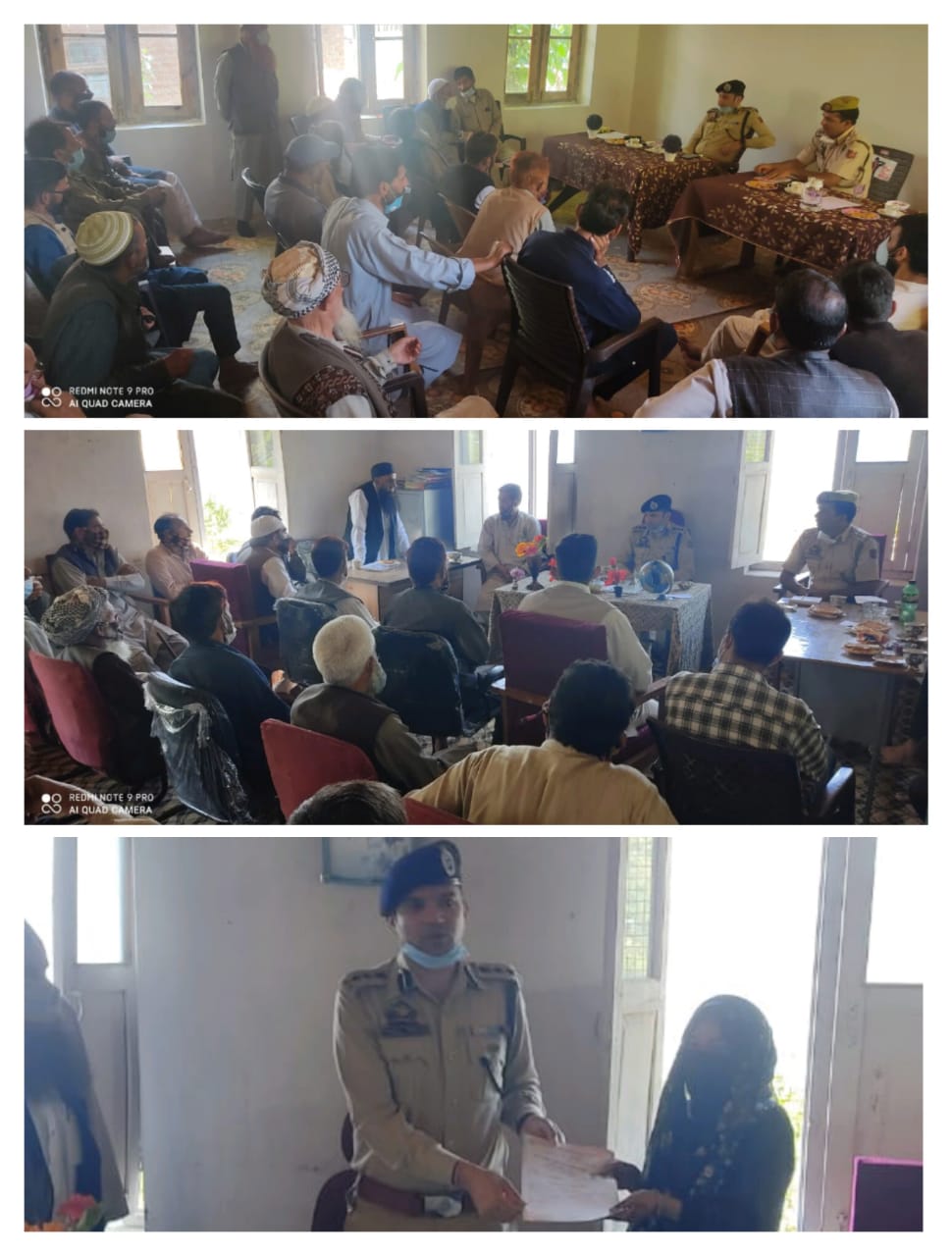 Srinagar, Sep 24 (KINS): As a part of public outreach programme, Police public interaction meetings were facilitated by Srinagar and Bandipora Police while following social distancing norms and other protocols.
The Police in a statement issued to news agency KINS said that in srinagar, the meeting was facilitated at Police Station Rainawari and chaired by SHO PS Rainawari. The meeting was attended by respectable citizens of the area.
While in Bandipora, the interaction meetings were held at villages Gujarpati, Chapran, Chanpal and Chaliwan Aragam in the jurisdiction of PS Aragam. The meetings were chaired by SSP Bandipora Shri Rahul Malik- IPS and accompanied by SHO PS Aragam.
During these meetings the participants raised various issues related to police and other civil departments. The chairing officers assured the participants that their genuine grievances will be resolved on priority basis, so that general public can get maximum benefit from such kind of interactive meetings.
The main aim of these meetings were to seek cooperation from the general public in adherence of the guidelines as well as health advisories issued by the District Administration from time to time for the prevention of COVID-19 while dealing with their day to day activities.
The participants in the meetings assured their full cooperation in tackling social evils and also appreciated the efforts of police for facilitating such meetings where participants express their views freely.(KINS)

Have no regrets, am open to scrutiny: Former JK Bank Chairman