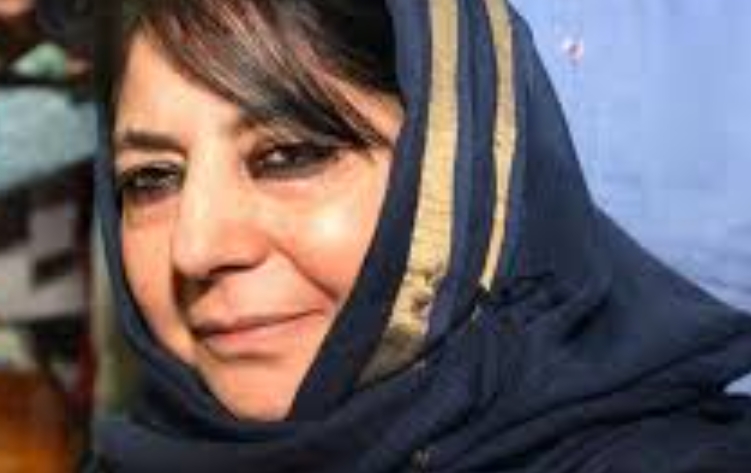 KINS Desk
Srinagar, Sep 29 (KINS): Declining to grant permission to Mehbooba Mufti for attending party meetings, the Supreme Court on Tuesday asked the former Jammu and Kashmir chief minister’s daughter to approach government authorities over her detention. The court said that it too wants to know how long can these detentions continue.
“Detention can’t be forever. We are putting you to caution about how long a detention can be. We also want to know from the government how long these detentions continue. These will be our queries,” the apex court told Solicitor General of India (SG) Tushar Mehta as per news agency KINS.
Mehbooba, the president of Peoples Democratic Party (PDP), was arrested on the eve of the abrogation of Jammu and Kashmir’s special status and its bifurcation into Union Territories on August 5 last year.
In her application before the Supreme Court, her daughter Iltija Mufti said it has been filed praying for permission to amend the writ petition seeking inter alia a writ of habeas corpus. “The amendment sought is to include grounds of challenge and additional prayers for challenging the orders of confirmation (dated February 26) and subsequent extensions (May 5 and July 31) of the detention order (of Mehbooba) impugned in the writ petition,” the application read.
The writ petition has challenged Mehbooba’s detention on several grounds. It contends that the grounds and the dossier for detention are “stale, vague and that they suffer from non-application of mind, malice in law and that they violate the provisions of Section 8(3)(b) of the PSA”. “The detention order based on stale grounds have become staler even more since the petition was filed and the respondent administration has continued to act with total non-application of mind and the malice in law has only been reinforced and aggravated in confirming and extending the order of detention for further periods,” it said.
Seeking permission to allow her to amend the section of the writ petition entitled Prayers, Iltija pleaded for issuance of the writ in the nature of habeas corpus commanding the respondents — the central and Jammu and Kashmir governments — to produce Mehbooba forthwith before the court for being set at liberty. Pleading for direction or order quashing the impugned order of detention and subsequent extension orders, the application sought appropriate compensation to Mehbooba for the “illegal detention that she has suffered” and to award costs of the litigation to the petitioner. (With inputs from agencies)

Works on Khag-Aripathan road halted for ‘want’ of funding, ‘apathy’ by construction company