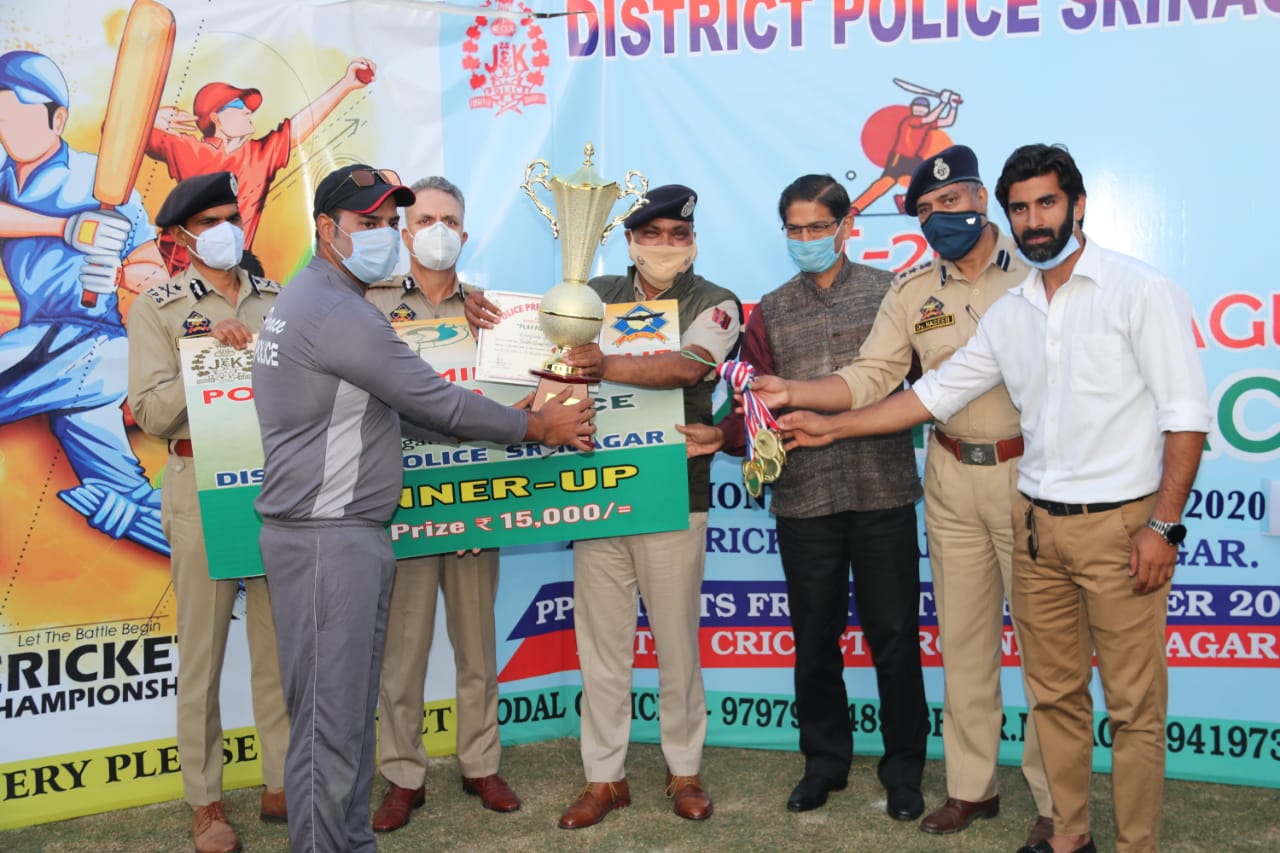 Srinagar, Sep 29(KINS): Jammu and Kashmir Police is organizing various sports events for youth and together we are working for peace, which is our joint responsibility. This was stated by the Director General of Police J&K Dilbag Singh, while speaking on the closing ceremony of 2nd Police Premier League T20 Cricket Tournament organized by Jammu Kashmir Police under its Civic Action Programme, at Sher-e-Kashmir Cricket Stadium, Sonawar Srinagar this afternoon.

Speaking on the occasion, the DGP congratulated the winning and runners-up teams. He appreciated the District Police Srinagar and other partner agencies, persons for the successful conduct of the mega event. He thanked media fraternity for covering the event with wide publicity.

The DGP presented trophies to the winner and runner up teams. He also distributed cash prizes to the Man of the Series and Man of the match. The final match was played at Sher-e-Kashmir Cricket Stadium, Sonawar Srinagar between Chatrahama Knights and Golden Brands in which Chatrahama Knights emerged as winners of the tournament. The event was organised by District Police Srinagar and witnessed an overwhelming response from the youth as 16 teams from the Srinagar city participated.

SSP Srinagar Dr Haseeb Mughal thanked the DGP for gracing the closing ceremony event and for encouraging the youth of the district. He said that this gesture would go a long way in nurturing sports activities in the summer capital city.

The two captains of the final match thanked the Jammu and Kashmir Police for providing platform for them to show their talent and expressed their hope that such events will be organised in the future also.(KINS)

UpdatedAdvisor Sharma to meet people at Jammu on 1st October

DSEK orders change in school timing from 1 May