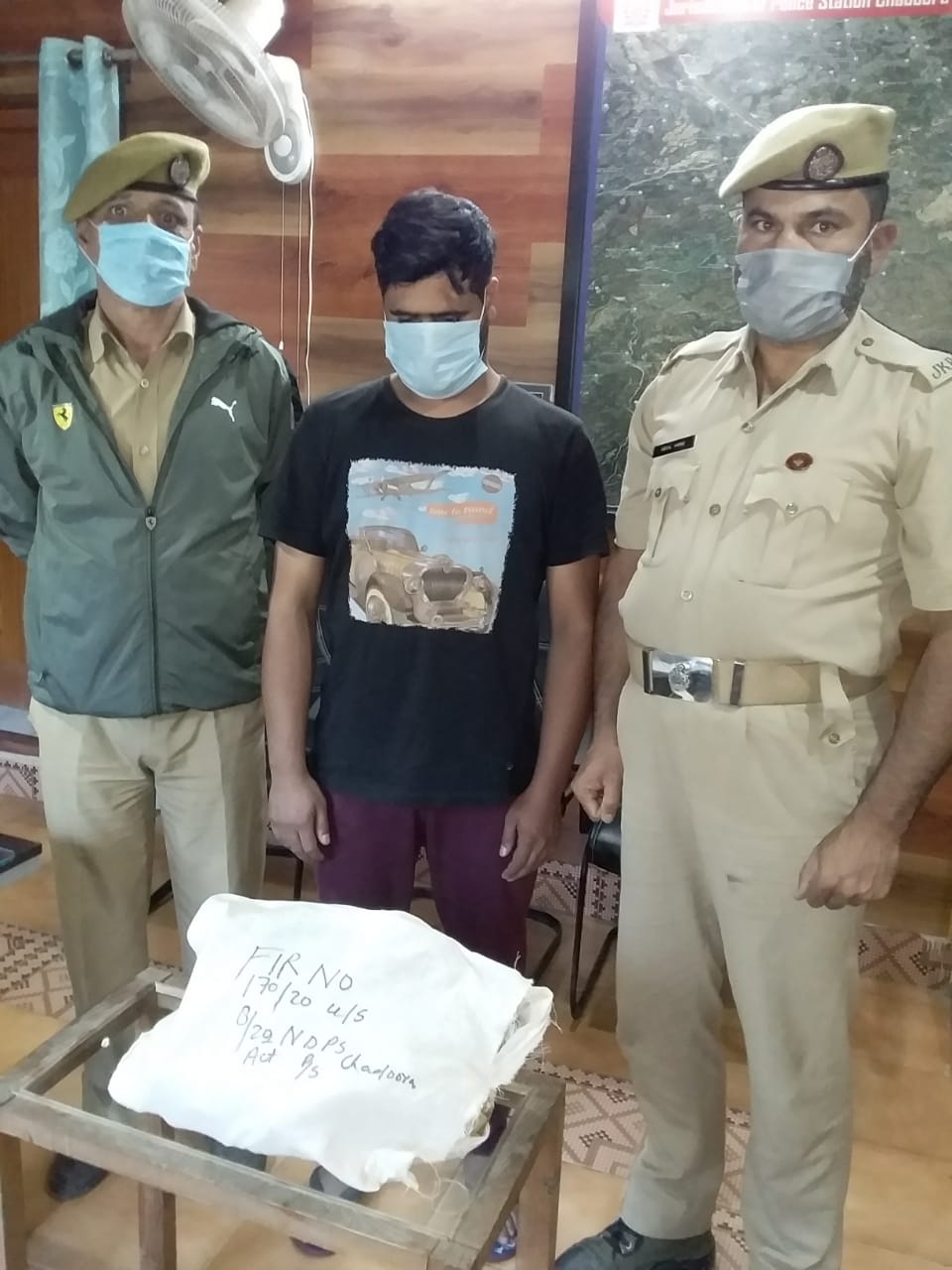 September 30 (KINS): Acting tough against the drug dealings, Police in Budgam have arrested a drug peddler and recovered psychotropic substances from his possession.

In a statement issued to news agency KINS police said that officers at a checkpoint established near Post Office Chadoora intercepted one person identified as Arfat Ahmad Yatoo resident of Talipora Nagam Chadoora. During checking, officers were able to recover 11 bottles of Codeine Phosphate and 960 capsules of Spasmoproxyvon Plus from his possession. He has been arrested and shifted to Police Station Chadoora where he remains in custody.

Accordingly, a case FIR No.170/2020 under relevant sections of law has been registered in Police Station Chadoora and investigation has been initiated.

Our consistent actions against drug peddlers should reassure the community members that we are making efforts to keep our society free from the scourge of drug menace.

No attack on Army in Pulwama, failed attempt made to attack mobile patrol: Spokesperson

SKIMS runs short of drugs: At Kashmir premier hospital, patients even have to purchase syringes, drip sets from market