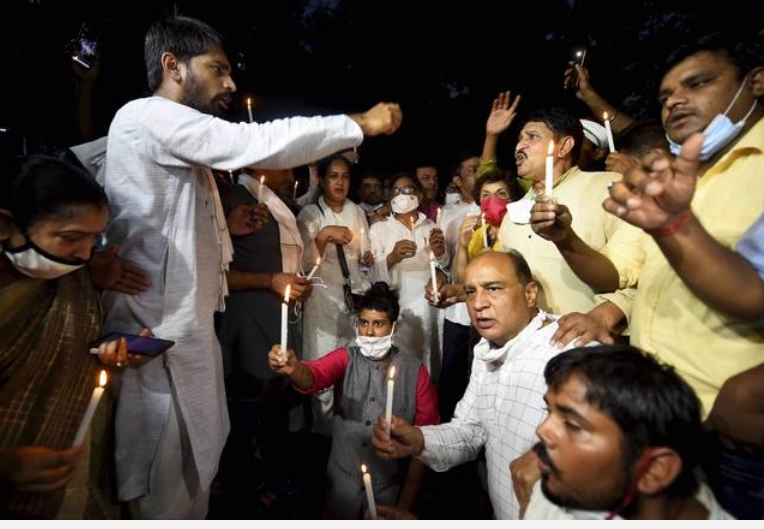 Srinagar, Sep 30 (KINS): In a grim reminder of the December 16, 2012, Delhi gang rape that shook the national conscience, a 19-year-old victim of brutal sexual assault at Hathras in UP died in a government hospital here this morning, sparking protests across the Capital.

The girl, first admitted to Jawaharlal Nehru Medical College and Hospital, Aligarh, after the gang rape on September 14, was brought to Safdarjung Hospital last night with spinal injuries, paralysis and cuts in the tongue. She died at 3 am, according to the Hathras police. Although the four men identified for the crime have been arrested, civil society activists and political leaders cutting across party lines attacked the BJP government over the “lax” law and order situation in the state and sought justice for the victim.

The protests were held outside the hospital as well as at Vijay Chowk. — TNS

India does not give a ‘straight count’ on Covid-19 death: Trump

Mukesh Ambani made Rs 90 crore every hour since lockdown began

Progress of various schemes under RDD sector reviewed in Kupwara