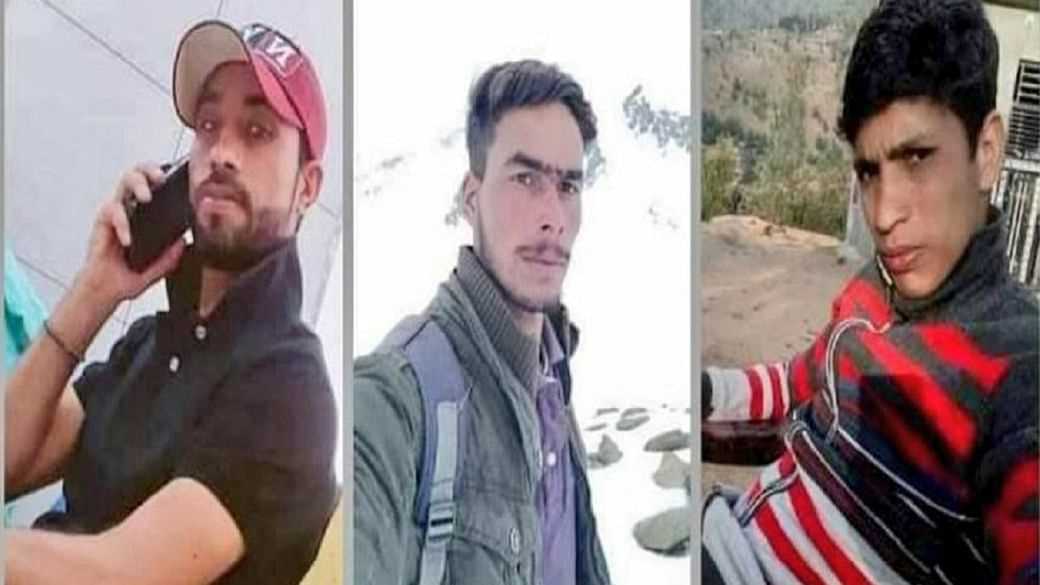 Srinagar September 30 :Bodies of three young labourers from Rajouri, who were killed in an “encounter” at Amshipora village of Shopian district by the Army on July 18 and labelled as “militants”, are being handed over to the families “after due process of law”, Inspector General of Police, Kashmir Range, Vijay Kumar said on Wednesday.

IGP said that the bodies will be exhumed and handed over to families after the due process of law.

The statement comes amid persistent demand from the poor families, seeking bodies of the trio— Abrar Ahmed (25), Imtiyaz Ahmed (20) and Mohammed Ibrar (16) —and immediate arrest along with stern punishment to those behind the killings.

The statement also comes more than a week after army said its high-level Court of Inquiry brought out “certain prima facie evidence indicating that the powers vested under the AFSPA 1990 were exceeded during the operation.”

Defence spokesman Colonel Rajesh Kalia said that inquiry has found that the “Do’s and Dont’s of Chief of Army Staff (COAS) as approved by the Supreme Court have been contravened”.

“Consequently, the competent disciplinary authority has directed to initiate disciplinary proceedings under the Army Act against those found prima-facie answerable,” he had said.

“The evidence collected by the inquiry has prima-facie indicated that the three unidentified (militants) killed in Op Amshipora were Imtiyaz Ahmed, Abrar Ahmed and Mohd Ibrar, who hailed from Rajouri,” he had said, “Their DNA report is awaited. Their involvement with (militants) or related activities is under investigation by the police.”On July 18, police in a statement had said that three militants were killed in gunfight with joint team of police, army and CRPF in Shopian district on an input by army.

“On a specific input by 62RR about presence of (militants) in village Amshipora area, an operation was launched by them in the area,” a police spokesperson had said.

During search, he had said, the militants fired upon Army and encounter started. “Later on police and CRPF also joined. During encounter three unidentified militants were killed,” he had said in the statement, adding, “Bodies of all the killed three (militants) were retrieved from the site of encounter.” However, he had said, the identification and group affiliation of the slain was being ascertained.

“Incriminating materials including arms and ammunition were recovered from the site of encounter,” he had said. (GNS)