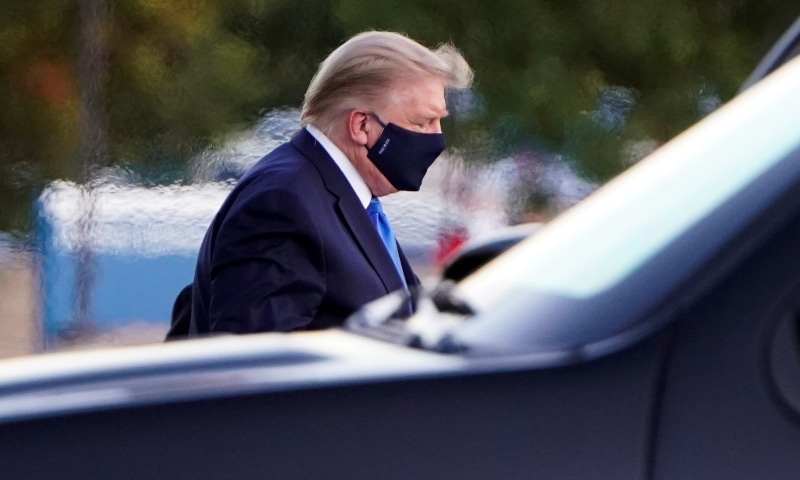 Washington: US President Donald Trump has asked Americans not to be “afraid” of COVID-19 as he returned to the White House after spending three nights at a military hospital where he was treated for the deadly viral infection.

You are gonna beat it, Trump said on Monday in a video posted on Twitter.

Trump, 74, was admitted to the Walter Reed Medical Centre on Friday after he and First Lady Melania Trump, 50, were tested positive for COVID-19. While the president was taken to the military hospital, the First Lady stayed back at the White House.

Trump on Monday was discharged from the hospital after doctors treating him found him fit enough to go back home.

The president said he was feeling much better two days ago.

I could have left (Walter Reed) two days ago. Two days ago, I felt great like better than I have in a long time I said just recently, better than 20 years ago. Don’t let it (COVID-19) dominate. Don’t let it take over your life, he said in the recorded video.

Asserting that US is the greatest country in the world, Trump said, We are going back to work. We’re going to be out front. As your leader I had to do that. I knew there’s danger to it. But I had to do it. I stood out front. I lead.

Trump said he knows that there is a risk, there is a danger, “but that’s okay”.

“Now I’m better. And maybe I’m immune? I don’t know. But, don’t let it dominate your lives. Get out there. Be careful. We have the best medicines in the world. And they’re all happened very shortly. They are all getting approved. The vaccines are coming momentarily,” he said.

Meanwhile, Democratic presidential candidate Joe Biden said he had considered about making a phone call to Trump after he came to know that the president and the First Lady were tested positive for COVID-19.

“I inquired whether I should do that. The decision was that would probably be intrusive, Biden said during a town hall organised by NBC news channel in Miami on Monday night.

In a message, Melania Trump said her family is grateful for all of the prayers and support!

I am feeling good and will continue to rest at home. Thank you to medical staff and caretakers everywhere, and my continued prayers for those who are ill or have a family member impacted by the virus, she said. (PTI)

JCO killed along LoC In Rajouri

Situation Under Control, No weapons Snatched: IGP On Highway Attack