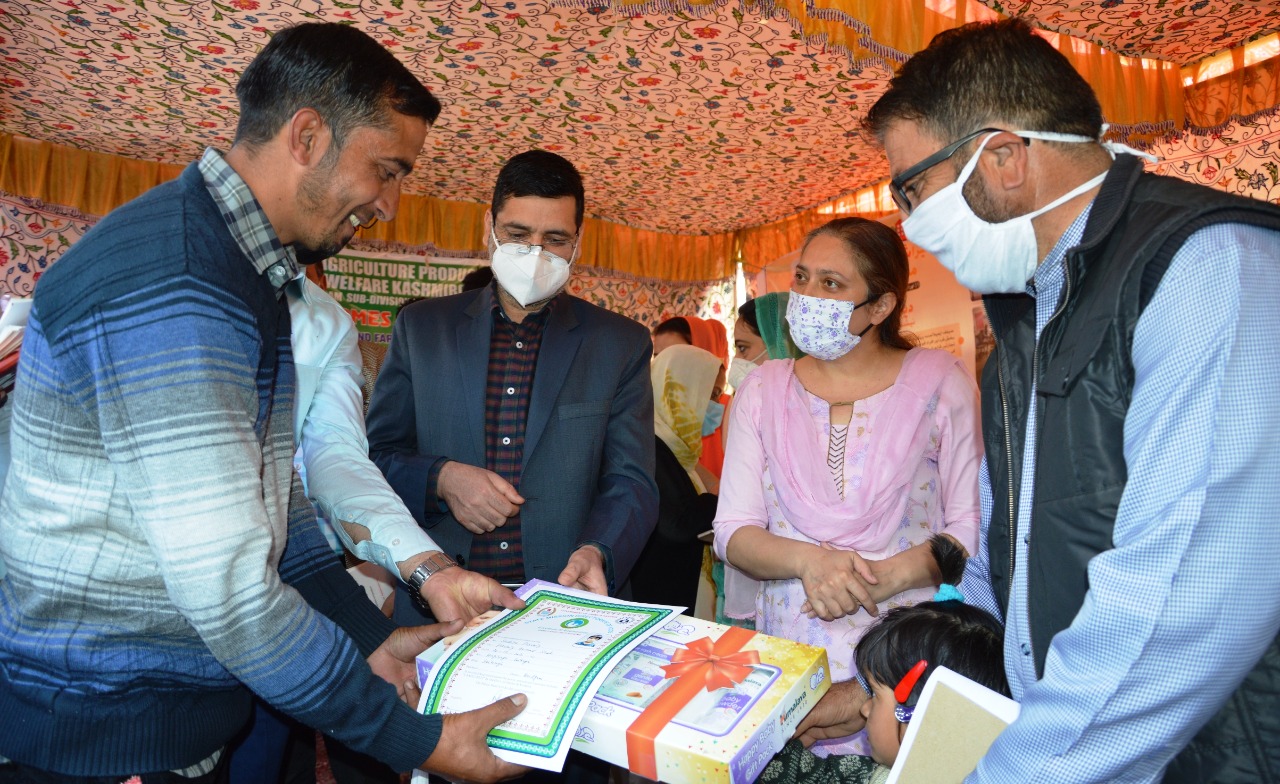 BUDGAM, OCTOBER 20: On the concluding day of the government’s ‘My Town My Pride’ programme, Secretary Rural Development Department and Panchayati Raj, Sheetal Nanda, today visited Budgam and held a public outreach programme listening to people’s grievances.
Deputy Commissioner, Budgam, Shahbaz Ahmad Mirza along with other district officers were present on the occasion.
Several delegations and individuals met the Secretary and projected their demands and issues for overall development of the district.
A delegation of Budgam Shopkeepers Union highlighted the issues of inadequate toilet facility, construction of sufficient parking space at New and Old Bus Adda.
Another delegation sought widening of roads, construction of Children park, beautification of towns and installation of street lights on the route leaving from Old Bus Stand to New Bus Stand.
Another delegation from the area demanded construction of modern slaughter house and more shops at New Bus Stand.
Responding to the demands put forth by the locals, Secretary assured them that all their genuine issues shall be submitted to the concerned authorities for early redressal. She said that the present dispensation has launched this 2 day programme in order to take all stakeholders along while formulating and executing any developmental or welfare programme of a particular town or urban area. She said that aim of the present administration is to ensure that most of the grievances shall be addressed on spot.
On the occasion, Secretary distributed sanction letters and cheques sponsored by many departments like Agriculture, Horticulture, Sericulture etc. She also distributed Domicile and Income certificates among the concerned beneficiaries .
Meanwhile, Secretary accompanied by DC and DFO Pir panjal also launched plantation drive by planting saplings of Devdar Kairoo, High Density apple trees in the Bihisti Zehra Park.
Later, Secretary laid foundation stone for construction of parking space for vehicles near Government Boys Higher Secondary School. The parking space will not only decongest the traffic mess occurring on the route but could prove valuable income generating opportunity for the unemployed.

Justice Gita Mittal inaugurates first ever ‘Family Court’ in Srinagar‘With establishment of family court, J&K made an effort to develop a sensitive system of family matters’