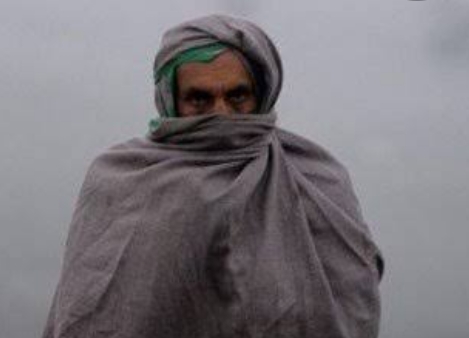 Irfan Ahmad
Srinagar, Dec 08 (KINS): As Kashmir has started experiencing intense cold and wet weather; people have started preparations for the coming weeks of intense cold.
For last few days, the upper reaches received moderate to heavy snowfall while plans received rainfall resulting in dip in temperatures in the valley.  During nights, the temperature goes minus in the valley.
People in Kashmir got a host of reasons to cheer up and at the same time make arrangements to beat the intense cold.
Thermal and woolen clothes are not enough to cope up with cold.
Kashmiris have started using traditional ‘Kangri’ and wearing ‘Pheran’. Kangri is a fire pot that is kept inside ‘Pheran’, a traditional long flowing tweed over-garment, to keep the freezing winter away.
As Kashmir witnesses frequent power cuts during winters, locals use Kangri, a cheap and effective way to keep warm.
Kaisar Ahmad, a shopkeeper in Beerwah Budgam in central Kashmir told news agency Kashmir Indepth News Service (KINS) due to poor electric supply they use the Kangri on a daily basis. With its potability, they can take it anywhere.
“The recent snowfall has brought the temperature down. To keep ourselves warm, we use Kangri as it is cheaper than oil, gas and heaters,” Kaisar said.
The price of Kangri varies. An ordinary firepot is sold between Rs 100 to Rs 150. The price could go up to Rs 2000 depending on the art work and material used.
Use of Kangris has its own set of problems. Doctors warn that excessive use and heat of Kangris could lead to skin cancer.
Similarly, little food can be grown during winters and a food shortage would follow once snowfall leads to closure of Srinagar-Jammu highway for weeks, the only road connecting valley with rest of the world.
So people have started reserving dried food like vegetables, tomato, brinjal and fried fish for coming weeks to tide over the disruption in the supply of essential commodities.
Famous tourist destination Gulmarg in Baramulla district, has come to life as tourists and locals have started thronging this popular ski-resort. People are seen enjoying snow and taking memorable pictures and some doing snow skiing.
Similarly, tourists are also enjoying gondola ride in snow-draped Gulmarg. The gondola, one of the Asia’s largest and highest cable car ringed by pine forests and snow capped Himalayan mountain peaks, takes tourists, skiers and snowboarders to the height of 3900 to 4100 meters in the Apharwat mountain.
With receiving of snowfall, authorities have decided to organize events under various disciplines including snowboarding, skiing, snow show, snow cycling and other games at Gulmarg in coming weeks.
At the same time, the snowfall has also brought miseries for some masses. Authorities have issued advisory of snow avalanche for various parts of Kashmir and asked to remain alert.
The 440 kilometres Srinagar-Leh Ladakh road has also been closed due to snowfall.  During winters, people of Ladakh have only air connectivity with the valley.
Similarly, the 84-km Bandipora-Gurez road was closed by authorities. The Gurez falls in North Kashmir close to the Line of Control where Pakistan Army last week resorted to indiscriminate shelling. Due to snowfall, the Gurez remains cut off with rest of Kashmir during winters. (KINS)

Another spell of snow, rain in Kashmir coming week : MeT