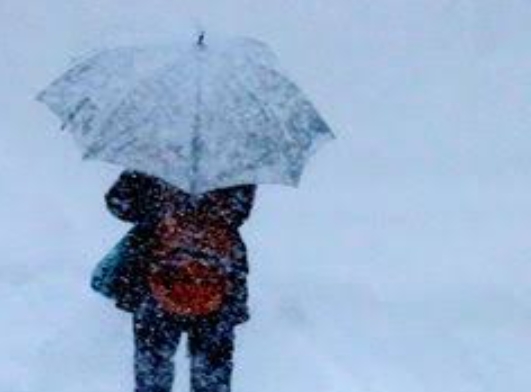 KINS Desk
Srinagar Dec 08 (KINS): In the wake of an orange warning issued by the weather office forecasting heavy snow and rain, authorities in Jammu and Kashmir on Tuesday advised commuters to avoid travel on highways vulnerable to vagaries of weather.
Traffic Department officials advised travellers to avoid journeys on the Srinagar-Jammu national highway as the MET office forecast heavy snow/rain on the Banihal-Ramban axis of the highway. Traffic on Srinagar-Leh and the Mughal Road has already been suspended because of fresh snowfall in Zojila Pass and Pir Ki Gali areas.
Avalanche warning has been issued for people living in the higher reaches of Baramulla, Kupwara, Bandipora, Ganderbal and Ramban districts. Disaster management staff and snow clearance machinery have been kept in readiness in all the 10 districts of the Kashmir division.
Higher reaches of the valley, including Pahalgam, Gulmarg and Sonamarg received fresh snowfall during the night while the plains were lashed by rain. Adverse weather advisory issued by the MET department has forecast snow and rain in Jammu and Kashmir on Tuesday and Wednesday.
Srinagar recorded 2.4°C, Pahalgam 2.3°C and Gulmarg minus 2.4°C as the minimum temperatures of the day. Leh town of Ladakh recorded minus 4.4°C, Kargil minus 0.2°C and Drass minus 3.1°C as the minimum temperatures. Jammu city recorded 12°C, Katra 13.2°C, Batote 7.8°C, Bannihal 7.0°C and Bhaderwah 4.0°C as minimum temperatures. (KINS)

Teen killed, another critical in mysterious blast in north Kashmir