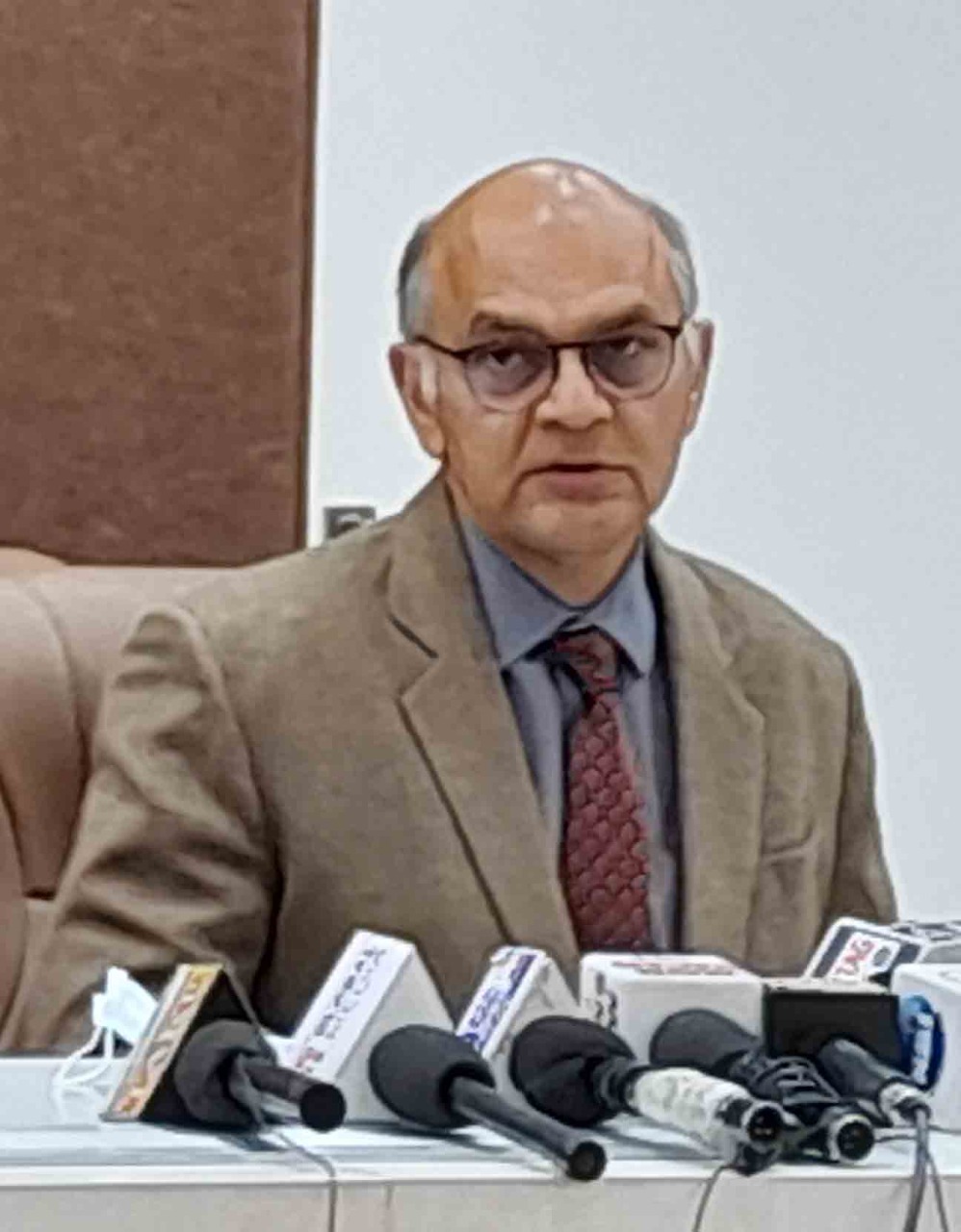 Udhampur tops with 81.38%, Bandipora with 68.82% in Sarpanch By polls
In Panch by Polls, Rajouri registers highest with 84.85%, Bandipora with 75.66%
JAMMU, DECEMBER 17: 68.43 percent and 58.64 percent voter turnout was recorded in the Seventh Phase of vacant Panch and Sarpanch by-polls respectively held the other day.
The information was given today by the State Election Commissioner, K.K Sharma.
While giving out the details, SEC informed that by-polls for Panch vacant seats were held in 438 vacant seats in the seventh phase. Out of a total of 76866 electors (including 39727 males and 37139 females), 52599 voted and 1000 candidates were in fray.
The SEC while giving out the overall percentage said that Jammu division recorded 72.95 per cent and Kashmir division recorded 68.22 per cent voter turnout during the 7th phase of Panch by-elections.
Similarly, he said 58.64 per cent voting was registered on vacant 69 Sarpanch constituencies in which a total of 112856 electors (including 59114 males and 53742 females), 66175 voted to choose their representatives.
He further added that 74.92 per cent polling was registered in Jammu division whereas 52.72 per cent polling was recorded in Kashmir division in Sarpanch by-polls.
SEC said that in Jammu division in Sarpanch by-polls, Udhampur district recorded the highest voter turnout of 81.38 per cent followed by Reasi with 80.16 percent and Rajouri by 77.68
Similarly in Kashmir division, Bandipora district topped with 68.82 per cent followed by Budgam with 54.54 per cent and Baramulla with 53.02 per cent.
While giving information about the highest voter turnout in both the divisions, the SEC said that in Panch by-polls, Bandipora recorded the highest voter turnout with 75.66 per cent in Kashmir division followed by Ganderbal with 75.06 per cent and Kupwara with 71.22 per cent.
Similarly, Rajouri topped the polling percentage with 84.85 per cent followed by Reasi with 83.98 percent and Doda with 78.38 percent, he added.
While giving an overview of the polling process, SEC said that the polling was peaceful and smooth across the region at all polling stations.