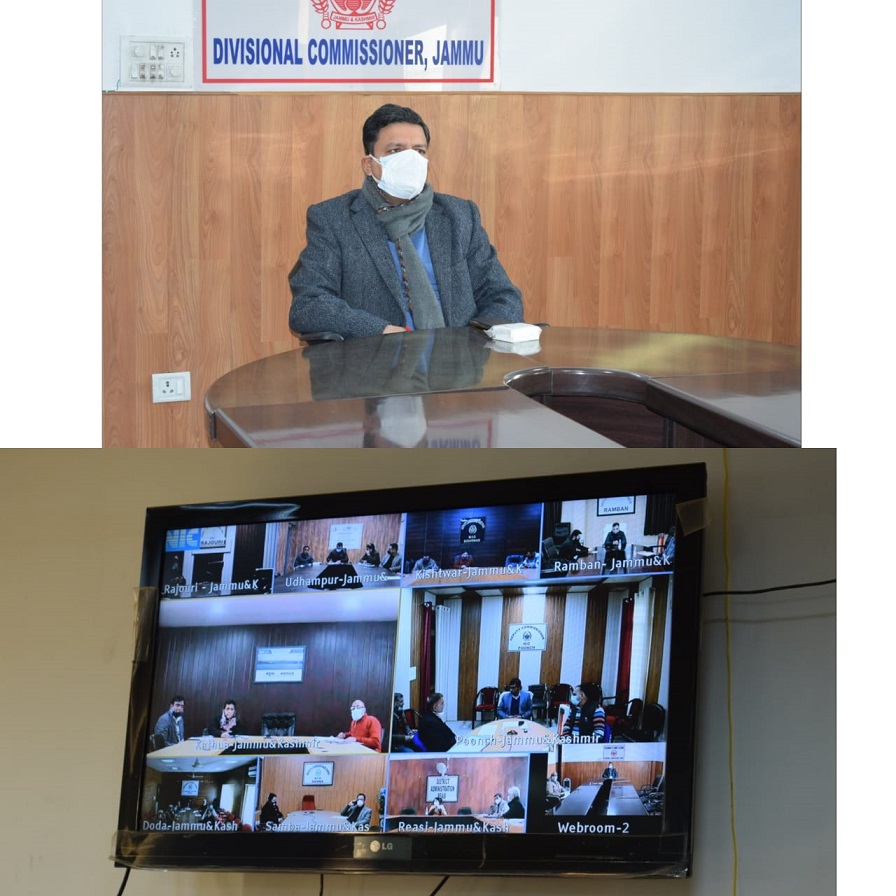 JAMMU, DECEMBER 21: Divisional Commissioner Jammu, Sanjeev Verma today chaired a meeting of Deputy Commissioners to review the arrangements being put in place by district administrations for launch of ‘Social Endeavour for Health and Telemedicine (SEHAT) scheme.
Pertinent to mention, the Prime Minister Narinder Modi will launch the ‘SEHAT’ a health cover scheme in Jammu and Kashmir on December 26 through virtual mode. The scheme aims at to cover all the remaining population not covered under Ayushman Bharat scheme.
The Divisional Commissioner sought details from Deputy Commissioners about the venues of programme, identification of beneficiaries, printing of banners hoardings, installation of displays, projectors etc.
The Deputy Commissioners apprised the Divisional Commissioner about the number of locations, venues where the programmes would be held in their respective districts.
It was informed that the locations/venues have been identified in all the districts and the event would be held at district head quarters and block levels. It was also informed that beneficiaries have also been identified in the districts.
The Divisional Commissioner asked the DCs to ensure internet connectivity at centres, where the programmes are being organised. He also directed them to conduct a trial run of all the arrangements.
He also reviewed the status of printing of hoardings, banners and instructed the DCs to ensure vide publicity of the event so that all the beneficiaries could avail the benefits.

All Arrangements in place for Smooth, Fair Conduct of LS Elections: DC B’la