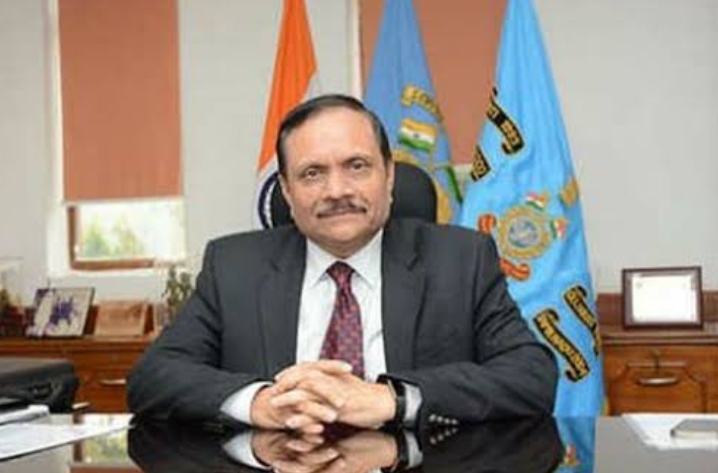 Junaid Shah
Srinagar, Dec 22 (KINS): The Jammu and Kashmir Union Territory Government remained tight lipped over the restoration of high speed mobile data services in the Jammu and Kashmir , which is suspended from August 05, 2019.
“I cannot answer your question. It is too early to comment on the restoration of 4G internet,” Advisor to Lieutenant Governor, Rajeev Rai Bhatnagar told news agency KINS over phone.
Notably in August this year High speed 4G internet services were restored in two districts in Jammu and Kashmir Union territory.
The services were restored in Ganderbal and Udhampur districts and it was for the first time when high speed internet services returned to the region after restrictions were clamped following abrogation of Article 370 and bifurcation of the erstwhile state into two union territories.
The restoration of 4G services in the two districts was done on the recommendation of a panel constituted by the Supreme Court of India to review the restrictions vis-à-vis the security situation in the Union Territory.
The committee had decided that the restoration of 4G will be done on a trial basis while the rest of the 18 districts in the Union Territory will continue to have 2G services.
The decision was in line with Centre’s assurance to the Supreme Court that the 4G ban will be lifted in one district each in Jammu and Kashmir divisions from August 16.
The assurance was given while the Supreme Court was hearing a petition filed by Foundation for Media Professionals, a non-government organisation, seeking the initiation of contempt proceedings against the Centre and J-K administration for the failure to comply with the top court’s May 11 directions to review restrictions on mobile internet speed in the Union Territory.
The top court had asked Centre to explore the possibility of restoring 4G mobile internet services in view of former J&K Lieutenant Governor GC Murmu’s endorsement of the restoration.
Meanwhile commenting on the role of security forces during the DDC elections, Advisor Bhatnagar said, “I am happy that District Development Council (DDC) elections were conducted in a very peaceful, free and fair manner. Jammu and Kashmir Police and armed forces contributed in a big way during these elections,” he maintained.
The advisor also thanked the people of UT for reposing their faith in democracy in the UT. “The voters of J&K UT voted for a new and better tomorrow. I must also appreciate the media for their contribution in these elections,” he told KINS.
The maiden DDC polls were conducted in the UT in eight phases.
Meanwhile on the counting day today the leads in the District Development Council (DDC) polls show that the People’s Alliance for Gupkar Declaration (PAGD) is set to win the majority of the seats in Kashmir valley.
Meanwhile, in accordance with expectations, the BJP was leading in Jammu division. The party has also won two seats in Kashmir valley– one in Srinagar and one in Tulail seat in Bandipora district.
Seven political parties, including the National Conference and the Peoples Democratic Party, contested the polls in an alliance, under the banner of the Peoples Alliance for Gupkar Declaration (PAGD) formed for restoration of Article 370. The Congress was initially a part of the PAGD but distanced itself when the BJP targeted the opposition party for being in league with the ‘Gupkar Gang’. (KINS)

Jammu arson: Omar, Mehbooba call for safety of Kashmiris in Jammu, other states

Pandemic needs to be used for making necessary changes in perspectives and living practices: VP Naidu