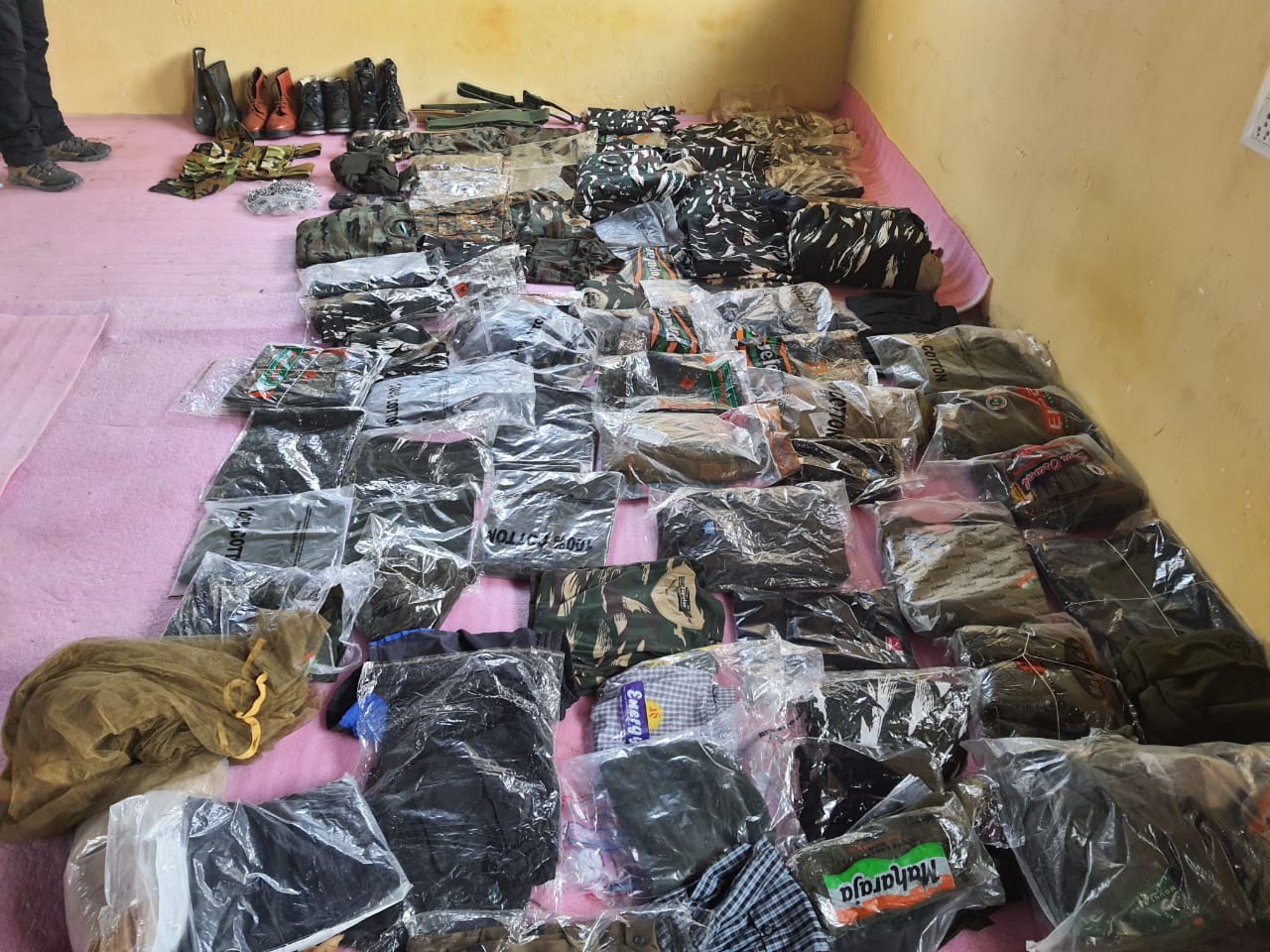 Police in a statement issued to news agency KINS said that acting upon the specific information, search of the house belonging to Abdul Rehman son of Sonauallah Dar resident of Larmoh Awantipora was conducted and during search officers were able to seize huge quantity of banned camouflage uniform items. Preliominary investigation revealed that the accused was running the business of banned uniform items and without any valid permission or registration of business enterprise.

In this regard, a case vide FIR No. 197/2020 under relevant sections of law stands registered at Police Station Awantipora and further investigation into the matter has been initiated.

Any role of the arrested person for providing these banned uniform items to the terrorists is being investigated and shall be dealt accordingly under relevant laws.(KINS)

Policeman Killed By Militants in Batamaloo

Nothing can compensate loss of precious human lives: Altaf Bukhari

Lt Gen Pandey takes over as new commander of 15-Corps