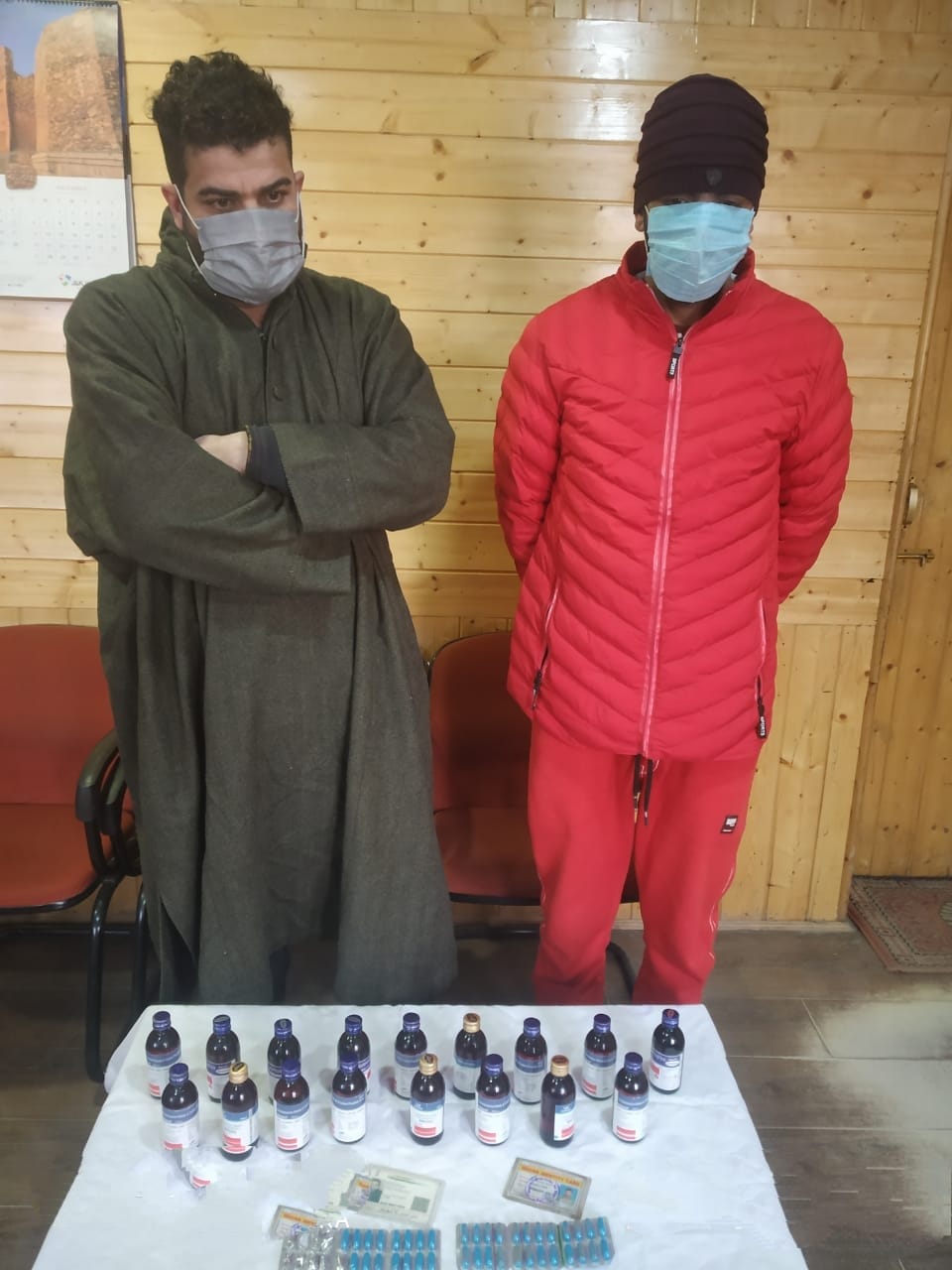 Srinagar, Dec 27 (KINS):Acting tough against the drug dealings, Police in Awantipora have arrested two drug peddlers and recovered psychotropic substance from their possession.

Police in a statement issued to news agency KINS said that officers at a checkpoint established at Nambal Crossing intercepted a vehicle THAR bearing registration number JK01X-4920 with two persons on board. They have been identified as Waseem Ahmad Trag son of Ali Mohammad Trag resident of Tral and Mohammad Lateef Sheikh son of Abdul Rehman Sheikh resident of Batagund Tral. During checking, officers were able to recover 17 bottles of Codeine Phosphate and 39 Spasmo-Proxyvon tablets from their possession. They have been arrested and shifted to Police Station Awantipora where they remain in custody. Vehicle used in the commission of crime has also been sized.

In this connection, a case vide FIR No. 102/2020 under relevant sections of law stands registered in Police Station Awantipora and further investigation has been initiated.

Community members are requested to come forward with any information regarding drug peddlers in their neighbourhood. Persons found indulging in drug peddling will be dealt as per law. Police has resolved to deal robustly with drug peddlers.

Our consistent actions against drug peddlers should reassure the community members that we are making efforts to keep our society free from the scourge of drug menace.(KINS)

Covid virus will stay with us for next 10 years: Covax maker UgurSahin

Hang my son if proven guilty but wait for the probe, father of rape accused