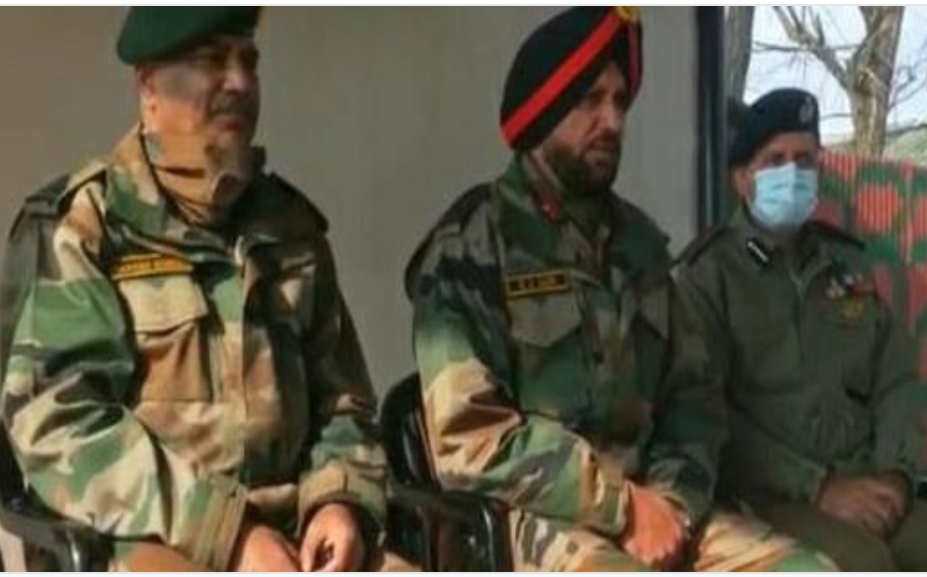 Addressing a presser at 2 RR headquarters at Zainakote, HMT, Srinagar, GoC said that five militants including a Pakistani national were killed in two separate gunfights in north Kashmir during the past one week.

“From some days , intelligence inputs were coming in about the militant movement on the Srinagar-Baramulla highway. Yesterday, when we developed leads and discovered that militants are hiding in a house opposite to Noora hospital at Lawaypora in HMT area,” Sahi said.

He said that militants were repeatedly asked to surrender. “However they fired indiscriminately at security forces and lobbed grenades . The operation halted due to darkness but cordon layers were tightened during night. With the first light the firefight again resumed and militants started firing heavily on government forces. In the exchange of fire three militants were killed.”

GOC said it was a clean operation and there was no causality to the forces.

He was flanked by commander 10 sector RR Naresh Mishra and SP West Shehzad Saliar besides other senior officials of army and police.

GOC said the police are verifying the identity and affiliation of the militants.

Replying to a question, he said: “Militants choose Srinagar outskirts or highways to carry out attacks on security forces to get maximum publicity. the nature of ammunition used by the militants in today’s gunfight suggests they were planning a major attack on the highway.”

He also said that militants choose outskirts of Srinagar because it offers them congested locality, lanes, and by-lanes, and they perhaps think they are a safe haven for them.

“our intelligence grid is very strong and will not allow us to carry out any major strike in these areas. January 26 is coming and they may try to play some mischief, but we are alert and will foil their all plans.”