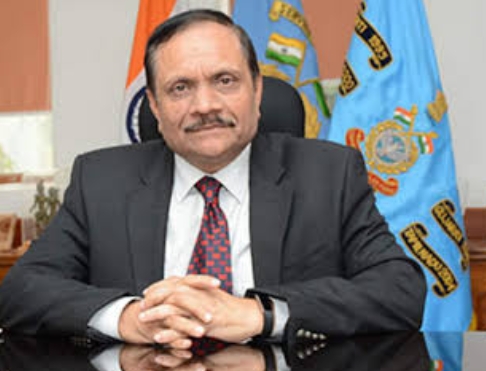 KINS Correspondent
Srinagar, Jan 01 (KINS): The Jammu and Kashmir Union Territory Government Friday said that ‘due process of law will be followed’ into the encounter at Hokersar in which three “militants” were killed.
While police and Army claim that three youth killed were militants, their families have contested it, saying that trio was ‘innocent’.
“We are collecting all the details of the encounter. As per the law, everything will be done. In every encounter, the case is registered. I assure you that in this case the due process of law will be followed,” Advisor to J&K Lt Governor, Manoj Sinha, Rajiv Rai Bhatnagar  told news agency KINS over phone.
However Bhatnagar said that it was not the encounter which was held in the forests or in the night. “The encounter was in the city and that too in presence of the people,” he maintained.
It is to mention here that soon after the encounter the families of three youths killed in an encounter protested outside the Srinagar police control room (PCR) and claimed they were not militants.
However at a press conference, the Army had said they had tracked these militants on the basis of intelligence inputs, adding that the latter “fired indiscriminately” and even lobbed grenades at the security forces.
“For past many days, intelligence inputs were pouring in continuously about the movement of militants on the Srinagar-Baramulla highway. Yesterday (Tuesday), we developed leads and came to know that militants are hiding in a house right opposite to Noora hospital at Lawaypora in HMT area,” General Officer Commanding (GoC) of the counter-insurgency Kilo Force, H.S. Sahi had said.
In a statement issued Wednesday evening, J&K Police had also said, “On 29-12-2020, at about 05:30 pm, troops of 02RR launched a cordon-and-search operation on a specific input near Hokersar where the militants hurled grenade on the searching party and fired indiscriminately on troops while laying cordon.
“On receipt of this information, Srinagar police immediately along with Police Component Srinagar and Valley QAT (Quick Action Team) CRPF rushed to the spot.”
The three men were identified as Ajaz Ahmed Ganai and Athar Mushtaq Wani of Pulwama and Zubair Ahmed Lone of Shopian.
Director General of Police (DGP), Dilbagh Singh in a press conference had said that he had no reason to dispute what a senior army official has stated about the Lawaypora encounter, but had added that police will “still investigate the claims made by families of the slain trio.”
Meanwhile, the National Conference on Friday said that Lieutenant Governor Manoj Sinha assured an impartial enquiry will be conducted in the Srinagar encounter in which three ‘militants’ were killed.
In a brief statement, the party said that NC leader and Member of Parliament Hasnain Masoodi spoke to LG about the encounter.
“MP Anantnag @masoodi_hasnain spoke to J&K LG @manojsinha_ yesterday evening and expressed his anguish over the reports surrounding Wednesday’s encounter around HMT area in Srinagar.
“Mr. Manoj Sinha assured an impartial enquiry into the matter,” the party said.
PDP president and former J&K chief minister, Mehbooba Mufti on Friday said that she also wrote a letter to Jammu and Kashmir Lt Governor, Manoj Sinha seeking an impartial and swift probe into the killing of three youths in Lawaypora encounter on the outskirts of Srinagar city and also demanded that their bodies be returned to the families.
It is to mention here that the police on Friday in another statement refuted the claim of parents of one of the slain that he went to University to fill up form on the day of Lawaypora encounter which broke out in Central Kashmir’s Srinagar district.
In a fresh statement issued to the media on Friday, the police said that the Lawaypora Srinagar encounter started with army inputs and eventually fructified into a joint operation of Army, CRPF and Police. After the cordon was laid, militants lobbed grenade from inside and fired upon search party.
Although as per SOP militants were repeatedly appealed by the troops to surrender in the evening and again in the morning. However,instead of surrendering, they fired upon troops and eventually got neutralised in a fire-fight.
In so far as claims of the parents that Aijaz Maqbool Ganai went to the University to fill up form is concerned. The same was verified and cross checked through the modern techniques including records of telecom department. Contrary to the claims, the verified digital evidence revealed and corroborated that Aijaz and Ather had gone to Hyderpora and from there to the place of occurrence only.
Similarly, Zubair had gone first to Pulwama, then Anantnag, then Shopian to Pulwama and finally came to place of occurrence.
Background check also reveals that Aijaz and Ather Mustaq, both OGWs variously provided logistic support to militants.
Antecedents and verifications too shows that both were radically inclined and had aided militants of LeT (now so-called TRF) outfit.
One of OGW presently under police custody has also corroborated Aijaz’s association with LeT militant Faisal Mustaq Baba who was killed in Meej (Pampore) encounter in June last year. Pertinently, Ather was relative and OGW of HM top commander Rayees Kachroo who got killed in year 2017.
Nevertheless police is investigating into the case from all possible angles, reads the statement.(KINS)

Health Ministry says, ‘Authorities gears up for roll out of COVID19 vaccine across the country’

Now 5-year-old raped by uncle in UP

Samoon stresses on meeting timelines on all the set doables