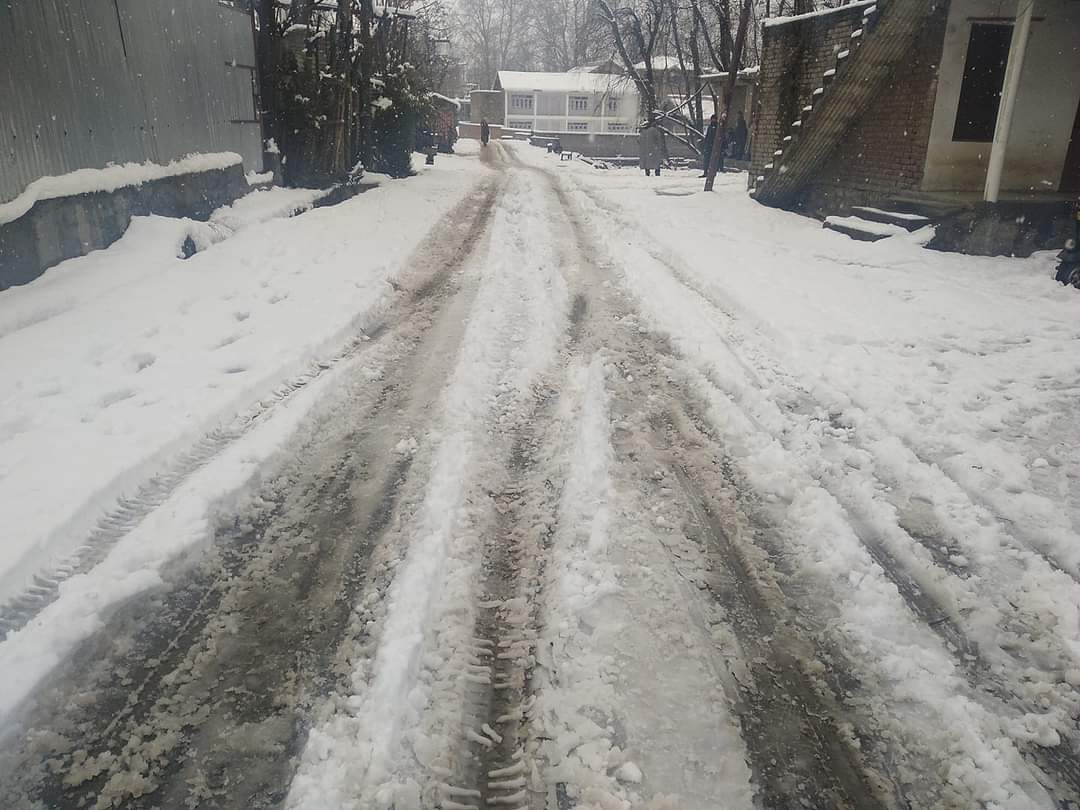 Srinagar, Jan 03 (KINS): Normal life in Kashmir on Sunday was disrupted by moderate to heavy snowfall that lashed the region.

Srinagar recorded around 3 inches of snow early in the morning while light snowfall continued throughout the day.

Parts of north Kashmir received light snowfall in the morning after which dry weather prevailed for most of the day.

As per Kashmir Weather, an independent weather forecaster, Srinagar recorded the coldest day of the season at 3.4 degrees Celsius – 3.5 degrees below normal for this time of the year.

Gulmarg was the coldest place in the valley, recorded a high of minus 1.0 degrees Celsius while other weather stations likewise recorded a maximum temperature hovering between 1 to 5 degrees Celsius, the weather forecaster said.

Kashmir Weather has forecasted of more rain and snow in both the regions for the next 60 hours.

“The Valley is likely to witness moderate to heavy snowfall in both plains and upper reaches till 6th January morning, while moderate to heavy rain is also likely at most parts of Jammu region,” the weather forecaster said.(KINS)