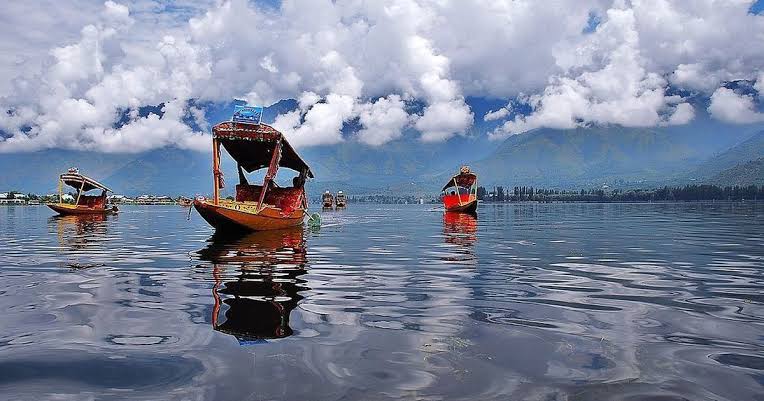 Srinagar Jan 11 (KINS): After suffering post August 5, 2019 and then due to COVID-19, things are coming back on track as Kashmir is witnessing a palpable change on ground.
The centre has now framed “vision 2021” to bring development in J&K by setting up new hospitals, educational institutions and provide employment to the youth.
In the last one year, Kashmir has witnessed many positive changes to improve the lives of people. This all has been possible due to joint endeavor made together by Lieutenant Governor, security forces, police.
One such positive change has happened by holding of District Development Council and Panchayat elections in J&K.
A senior bureaucrat told news agency Kashmir Indepth News Service (KINS) that these elements are a vital component of local government under the three-tier governance model in India.
“The voter turnout for these elections has loudly reiterated the faith local Kashmiris are having in the system of democracy. The impressive voter turnout of 51% in recently concluded DDC elections is strong indicator of the fact that people of J&K want normalcy to set in as early as possible,” the bureaucrat said.
The polling percentage during the DDC polls witnessed a considerable increase in comparison to the previous elections.  The 34% turnout in Kashmir region was 15% points more than it was in the 2019 Lok Sabha elections.
This new phase commonly referred by many as “Naya Kashmir” has seen noticeable changes which has given a ray of hope to all segments of Valley. The panchayats, which represent the lowest level of local government in India, have been strengthened through the devolution of functions and funds of more than $200 million in the past year.
This strengthening of grassroots governance has led to the union territory of J&K receiving three national awards for socio-economic development. Ahead of a planned Global Investors’ Summit, the government of J&K organized a first-of-its-kind pre-summit investors’ meeting in January, 2020 in New Delhi.
In agriculture, a unique market intervention scheme was introduced for the famed Kashmiri apples, which led to more than 15,000 tons of the fruit being directly procured from farmers with the money directly transferred to their bank accounts without the need for any intermediaries.
In addition, the world-famous Kashmiri saffron, which is the only saffron in the world that grows at an altitude of 1,600 to 1,800 meters, has been given a geographical indication tag to protect its reputation and guarantee its point of origin.
In keeping with the promise of quick and transparent recruitment of workers for government jobs, the J&K administration has advertised 10,000 posts at all levels under an accelerated recruitment process for young people, with 25,000 additional jobs to be filled in subsequent phases.
In the field of education, 50 new educational institutions, offering 25,000 places for students, have been established, representing the largest expansion in J&K in 70 years. More than 500,000 students have also taken advantage of a number of government scholarship schemes — a four-fold increase over the number during the previous year. The J&K administration has also approved the establishment of two centers for invention, innovation, incubation and training, which will strengthen the partnerships between industry and academia in technical fields.
Sharing upcoming plans of the government, another senior bureaucrat said in the medical field, two All India Institutes of Medical Sciences, seven new medical colleges, five new nursing colleges and a State Cancer Institute are planned.
“A student health card scheme has also been launched to ensure better healthcare for schoolchildren. To boost the infrastructure in J&K, more than 500 projects worth in excess of $80 million have been completed, and more than 2,000 projects worth nearly $800 million have been approved. Bottlenecks that had delayed projects in a number of sectors have been removed and many of those projects are now nearing completion,” the bureaucrat said.
The UT J&K is one of the best-performing union territories/states in India in the management of COVID-19. It has a testing rate of 44,744 per million people, which is four times the national average. Seventeen dedicated COVID-19 hospitals have been set up. They provide 60,000 beds, including 20,000 in intensive care and 25,000 in isolation units with oxygen facilities. Srinagar is one of 16 districts in the country recognized for best practices in the management of the pandemic.
Additionally, $46 million of assistance has been approved for groups adversely affected by the pandemic, including houseboat owners, female entrepreneurs and self-help groups involved in the handloom and handicrafts sectors.
“In the recent times, COVID-19 has also had a major impact. But now development has gained momentum here. Lt Governor’s vision is clear about the policy of zero tolerance against corruption. It appears from the point of view of development, Jammu and Kashmir can finally stand at par or above other states.  We have also managed to curb on militant activities in the Valley to a greater extent,” a senior police official added. (KINS)

Crime Branch solves the murder case of a Girl in Baramulla

Over 40 people killed, 430 injured in 5 years Man-animal conflict in Kashmir,