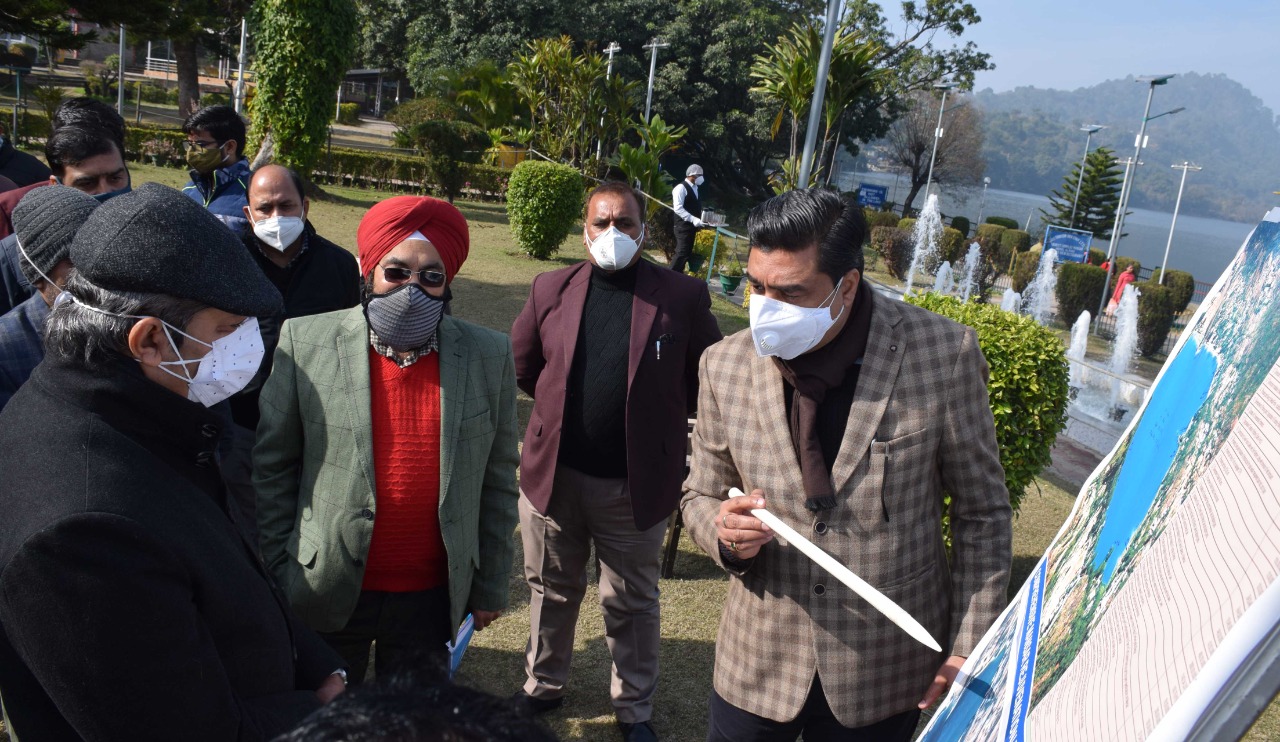 JAMMU, JANUARY 14: Advisor to Lieutenant Governor, Baseer Ahmad Khan, today called for concerted efforts towards effective execution of comprehensive Mansar Rejuvenation and Development Plan.
Advisor, during his exhaustive visit to Mansar Lake, said that strenuous efforts on part of all stakeholders should be made so that magnificent Mansar lake becomes hub of tourism.
Advisor directed for speeding up execution of Mansar development plan. He said that vision of the government is to make Mansar, a hub of tourism and careful execution of Mansar development plan is a vital requisite in this regard. He directed the concerned officers to take extra care in execution of projects at Mansar so that it becomes a most sought after destination.
He said that ambience and the ecosystem should be kept in mind while executing these projects. He added that this will help to give tourism activity requisite impetus without interfering with the environment.
Advisor said that the latest concepts and ideas being implemented in other parts of the globe, with similar topography, should also be explored. He asked the department to take cue from various success models so that the area comes up as a model eco-tourism destination.
Advisor also directed for creating adequate infra for stay of tourists there. To increase tourist footfall, he stressed on improving the accessibility of the area and improvement of the approach road. He further directed them to explore the possibility for parking facility for about 500 vehicles within 1 km radius.
He said that outer facade should be made quite attractive and ornamental lights, eco friendly bins, benches should be placed. He also directed for introduction of certain novel features like water sports, displaying Basholi paintings at the lake. He also directed for exploring the possibility for construction of Haat nearby so as to increase the economic activity there.
Advisor said that Mansar is of immense importance from pilgrimage as well heritage point of view beyond being the most scenic attraction due to vast Mansar Lake and its flora and fauna.
Director Tourism, Jammu, Raj Kumar Katoch informed the Advisor about the execution of Mansar development plan and said that serious long drawn efforts are going on in this direction. He said that they are also planning for zipline that will be an added attraction for the tourists and locals.
He informed that 25 viewpoints have been constructed at different locations towards Mansar and said that 25 high mast lights have been installed at the lake. He also said that gender based toilets have been made besides placing dust bins, rock climbing walls, cafeteria among other things.
Meanwhile, Advisor also inspected several Rural Development works in various blocks of the area and interacted with the panchayat members.
While inspecting the works being executed under different schemes, Advisor said that element of transparency and accountability has to be there and said that proper scrutiny should be done before alloting any works under different schemes or alloting houses under Pradhan Mantri Awas Yojana. He further said that left out beneficiaries should be covered under PMAY after proper scrutiny and non eligible should be weeded out.
He said that the endeavour of the officers should be community based and all works allotment should be done for the overall good of public. He also directed for timely disbursal of wages under different schemes and said that all works should be identified in the gram sabhas of the respective panchayats.
While interacting with the panchayat representatives, Advisor told them that they are the elected representatives and the government will act as facilitator. He said that they have a big responsibility at their hands and they should work with utmost dedication and honesty for the larger good of the public.
He asked them that they should keep regular track of the developmental works in their respective areas and should report any wrongdoing to the concerned authorities.