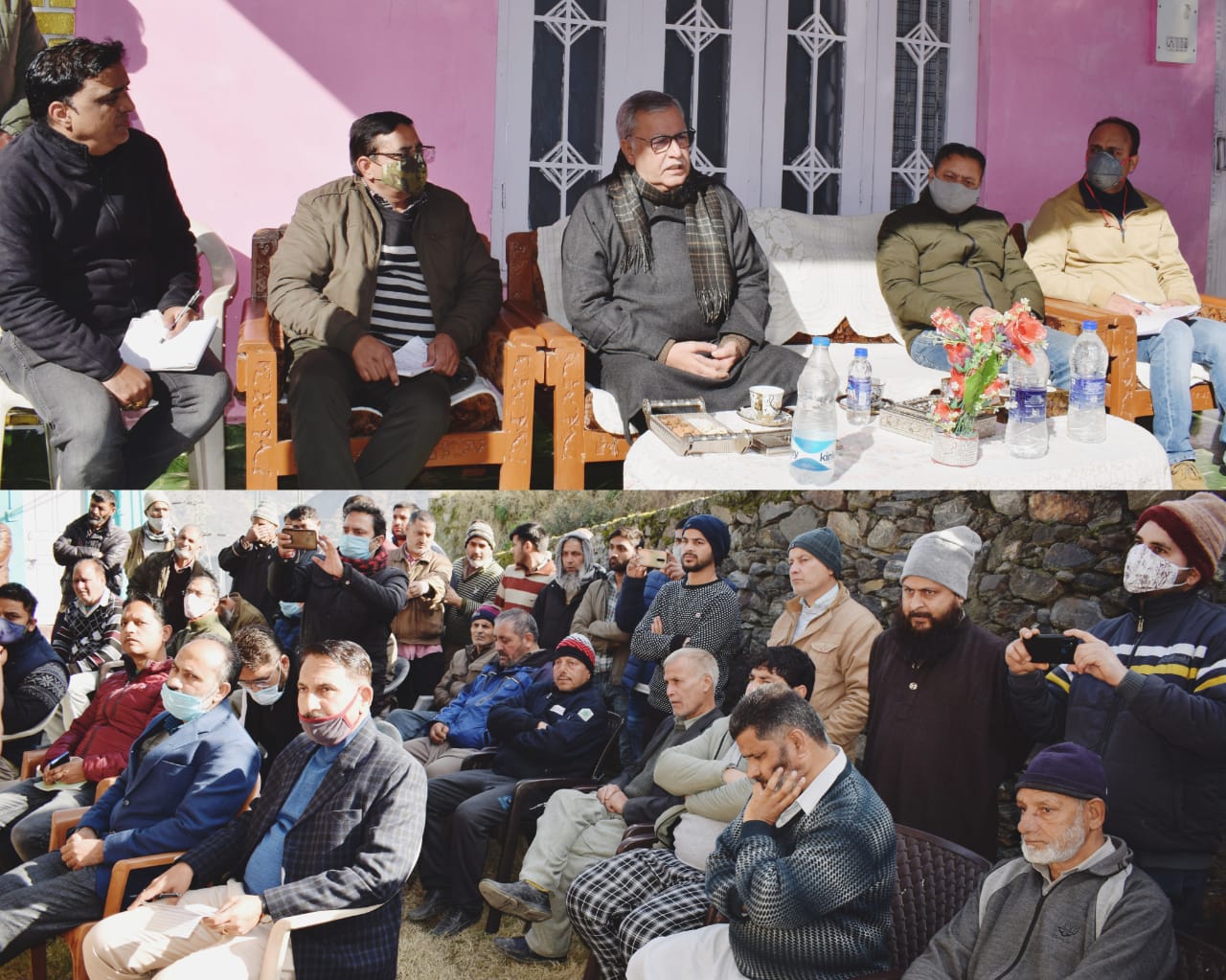 DODA, JANUARY 14: Advisor to Lieutenant Governor, Farooq Khan, today held an interactive session cum public grievances redressal camp at Jathi during his three-day tour to Ramban, Kishtwar and Doda.
Local vegetable growers and general public appreciated the administration for holding such public outreach programmes in far flung areas.
The locals of these areas raised several demands which included upgradation of Middle School to High School, availability of fertilizers and Agro Medicines at Assar and Jathi, repairs and upgradation of local link roads and water supply schemes etc.
Advisor, while interacting with public, assured them that all their issues and concerns will be sent to the concerned quarters for early redressal. He assured the public that government will soon start cold storage facility for vegetable growers of the area. He said that refrigerator van has already been made available to the district so that fresh produce reaches to the distant markets.
Advisor informed that Kanderi Nalah Mandi construction work will be started in shortest possible time for which 3 kanals of land has already been identified by the district administration in coordination with the concerned department. He added that Batote Fruit and Vegetable mandi is ready and shall be opened for farmers soon.
He, while interacting with farmers, asked them to adopt organic farming for best results. He directed the concerned officers to come up with organic cluster proposal for Assar-Marmat Jathi area.
SDM Assar and other district officers accompanied the Advisor.