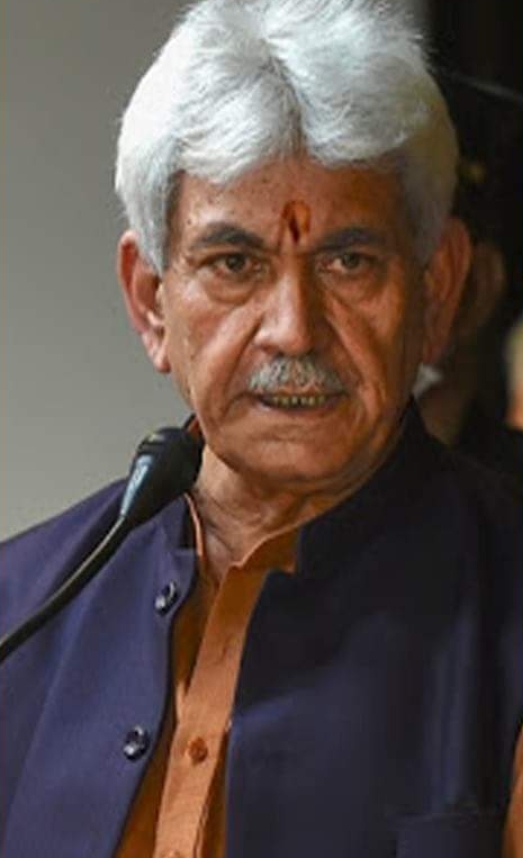 Jammu, Jan, 17(KINS) : Jammu and Kashmir Lt Governor Manoj Sinha on Saturday cautioned people against rumour mongers spreading lies about COVID-19 vaccine even as the administration said it is fully prepared to ensure a successful inoculation drive in the union territory.

The coronavirus vaccination drive started at forty centres across Jammu and Kashmir on Saturday where healthcare workers were administered jabs.

The UT had received the first batch of 1,46,500 doses of Covishield vaccine from the Serum Institute of India, Pune. While 79,000 doses will be administered in the Kashmir division, 67,500 jabs will be given in the Jammu division.

Today is a decisive day in the fight against the pandemic It is a day of pride for the country but we need to remain cautious against those who are out to spread rumours about the vaccine, Sinha said as he rolled out the vaccination drive from Government Medical College (GMC) hospital here.

He asked people not to pay any heed to the rumours with regard to the efficacy of the drug and asked his administration to start a publicity campaign to reach out to the people.

The Lt Governor saluted the COVID warriors and said their dedication and self-less service helped the people to overcome this challenge.

When pre and post pandemic history will be written, your contribution will be written in golden words, he said, adding, we are fully prepared to ensure a successful vaccination drive.

Sinha, however, asked people not to let down the guard for at least 45 days after getting vaccinated.

Chief Secretary B V R Subrahmanyam, in his address, expressed hope that the country will be free of pandemic within the next three to four months.

As far as J&K is concerned, we have put in place an impressive strategy to deal with the virus and are ready for the vaccination drive. In fact, we have developed the capability of conducting five lakh vaccines per day, he said as he praised the frontier warriors for their contribution in the fight against the infection.

In the second phase, he said, seven lakh frontline workers including security forces, paramilitary forces, police, municipality workers and revenue department officials who were involved in surveillance and contact tracing will be covered, while 50 plus population or those less than 50 years but suffering from co-morbidities will be covered in the third phase.

We are following the election booth management strategy where vaccination site wise management is being planned meticulously. The beneficiary will get SMS about the session, date and time with regard to both the doses and will be handed over a certificate, he said.

Dulloo said the drive was simultaneously started at 40 locations across the J&K and the number of centres would be gradually increased.

our cold chain equipment is available at all places, we have conducted dry run and also completed the necessary training well in advance to be part of the biggest vaccination drive in the world.

Referring to the effort of the government to tackle the pandemic, he said almost every third person in the Union Territory has been tested since the outbreak of the novel disease.

We are conducting 25,000 to 30,000 tests on a daily basis while RTPCR tests have also been started in remote medical colleges like GMC Doda. We have a total of 1.22 lakh positive cases, of which 97 percent have recovered while the active positive cases dropped to 1,500 at present, he said.

He said over 1,900 COVID-related deaths have occurred in J&K, a mortality rate of 1.5 percent which is almost equal to the national average. (PTI)