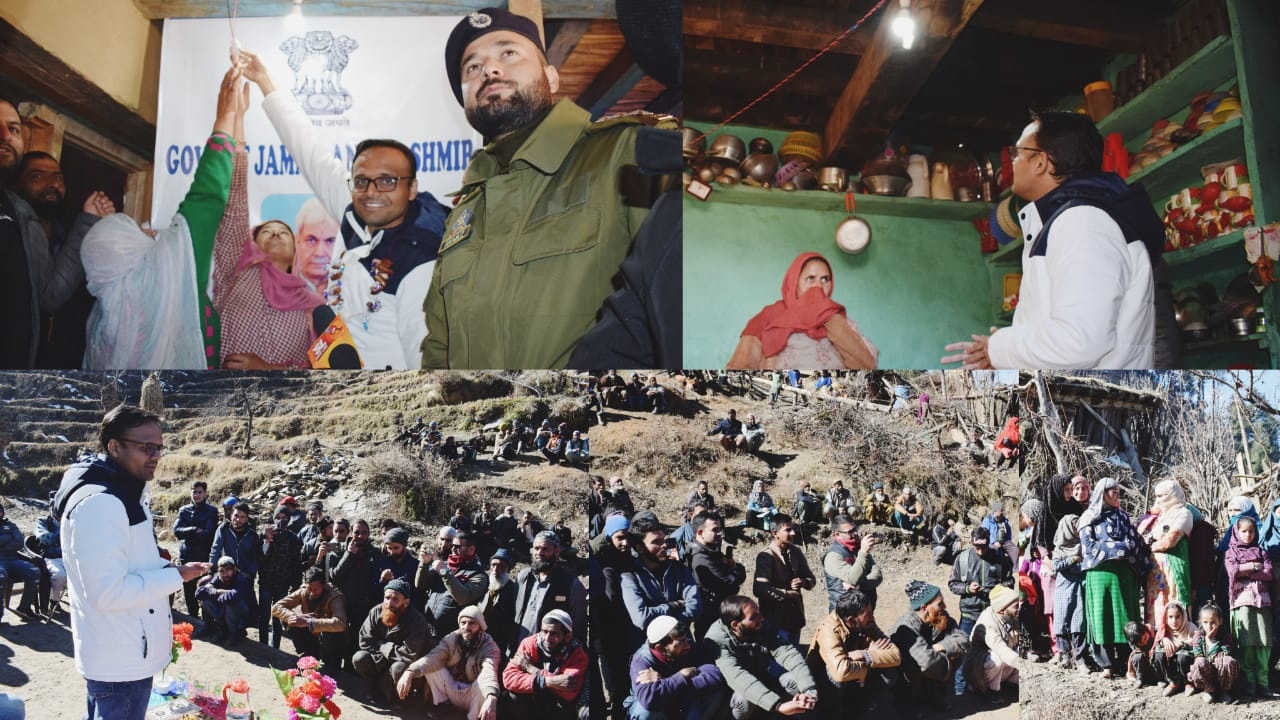 DODA, JANUARY 17: Ganouri-Tanta Village in mountainous Doda district today saw the light of an electricity bulb for the first time, ending the decades of darkness from the lives of the villagers.
The electrification of the village was taken up on the order of Lieutenant Governor Manoj Sinha after a group of locals projected the demand before him in the last LG Mulaqat.
Taking a considerate view of the matter, the LG asked the district administration Doda to ensure electrification of the remote village within one month.
Thanks to the quick action by the District Administration, the herculean task of electrifying the remote village was completed in a record time of 15 days.
Acting upon the directions of LG, the district administration, in coordination with the JPDCL and Shalaka officials, started the work on war footing despite the adverse weather conditions, which made the task extremely difficult.
To celebrate the historical moment with the villagers, DDC, Dr Sagar D Doifode visited the village and formally declared it as electrified by lighting up a bulb amid huge rounds of applause by elated locals.
Speaking on the occasion, the DDC congratulated the people of the area on getting the electricity supply for the first time. He reiterated the resolve of Lieutenant Governor’s administration to provide all basic amenities to the people, especially those living in the far flung areas.
The DDC said that the progress of electrification work was monitored on a daily basis, while providing every logistic support to the JPDCL team associated with the task. “The executing team demonstrated great resolve by finishing the work in just half a month- fifteen days ahead of the deadline,” the DDC added.
The villagers celebrated the accomplishment of the LG Administration and also showered praises on the district administration.
Among others present at the program were SDM Thathri, Athar Amin Zargar, BDC Chairperson Kahara besides other officials.

J&K Police working on different fronts along with other forces in the State: DGP