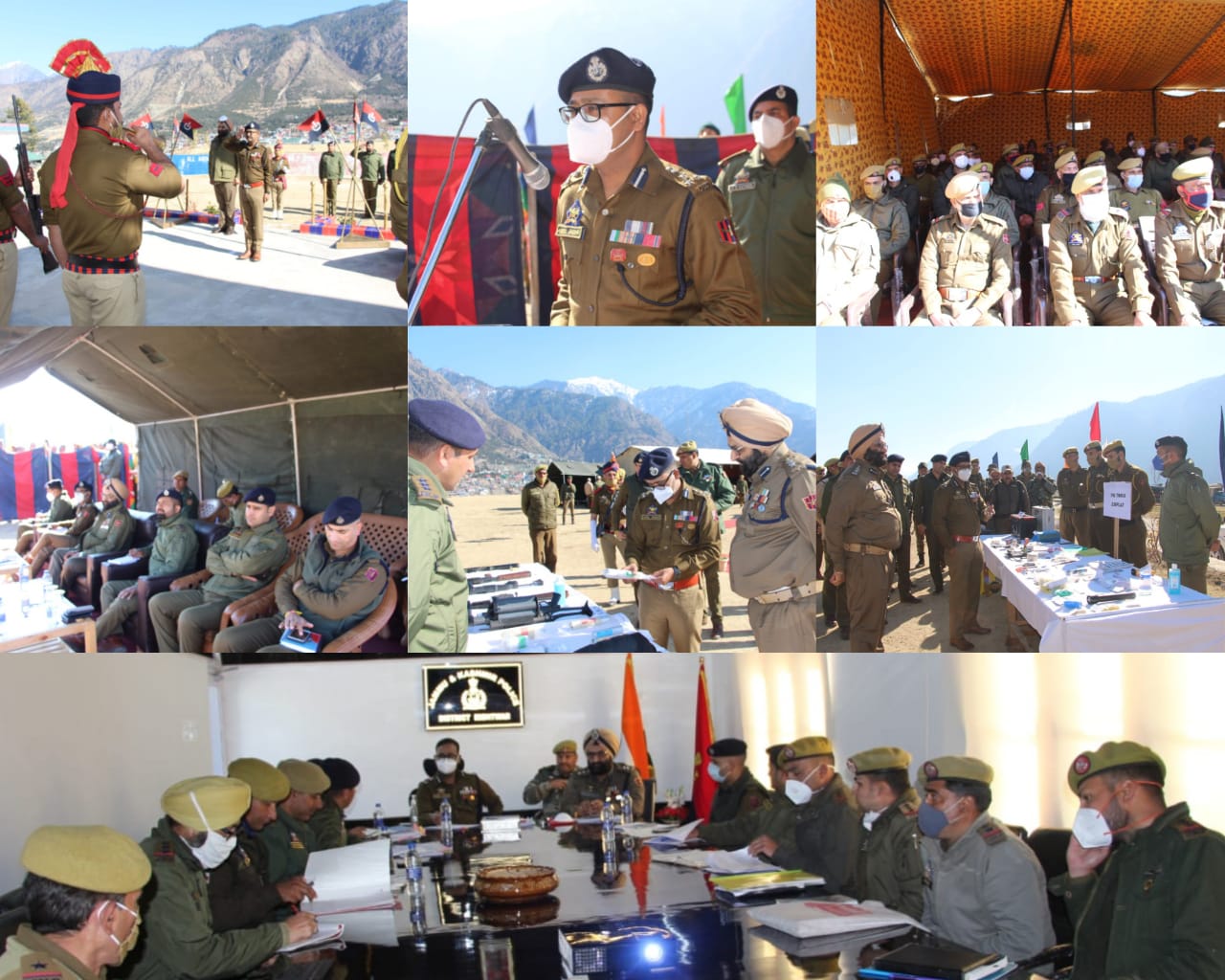 On his arrival he was presented an impressive guard of honour at District Police Lines and after that a darbar was held of Police officer/officials at DPL Kishtwar. Many Police personnels put forth their problems and the DIG DKR Range paid patient hearing. The DIG DKR range ensured that all the genuine grievances shall be addressed on merit in time bound manner.

Thereafter a detailed powerpoint presentation was given by SSP Kishtwar Dr. Harmeet Singh Mehta, JKPS at Conference hall DPL kishtwar regarding the security scenario and law & order of district Kishtwar. He was briefed by SSP Kishtwar regarding the security and law & order issues and the steps being taking in wake of upcoming Republic day and other important events coming forth.

Parts of Valley receive snow as rains abate after 48 hours