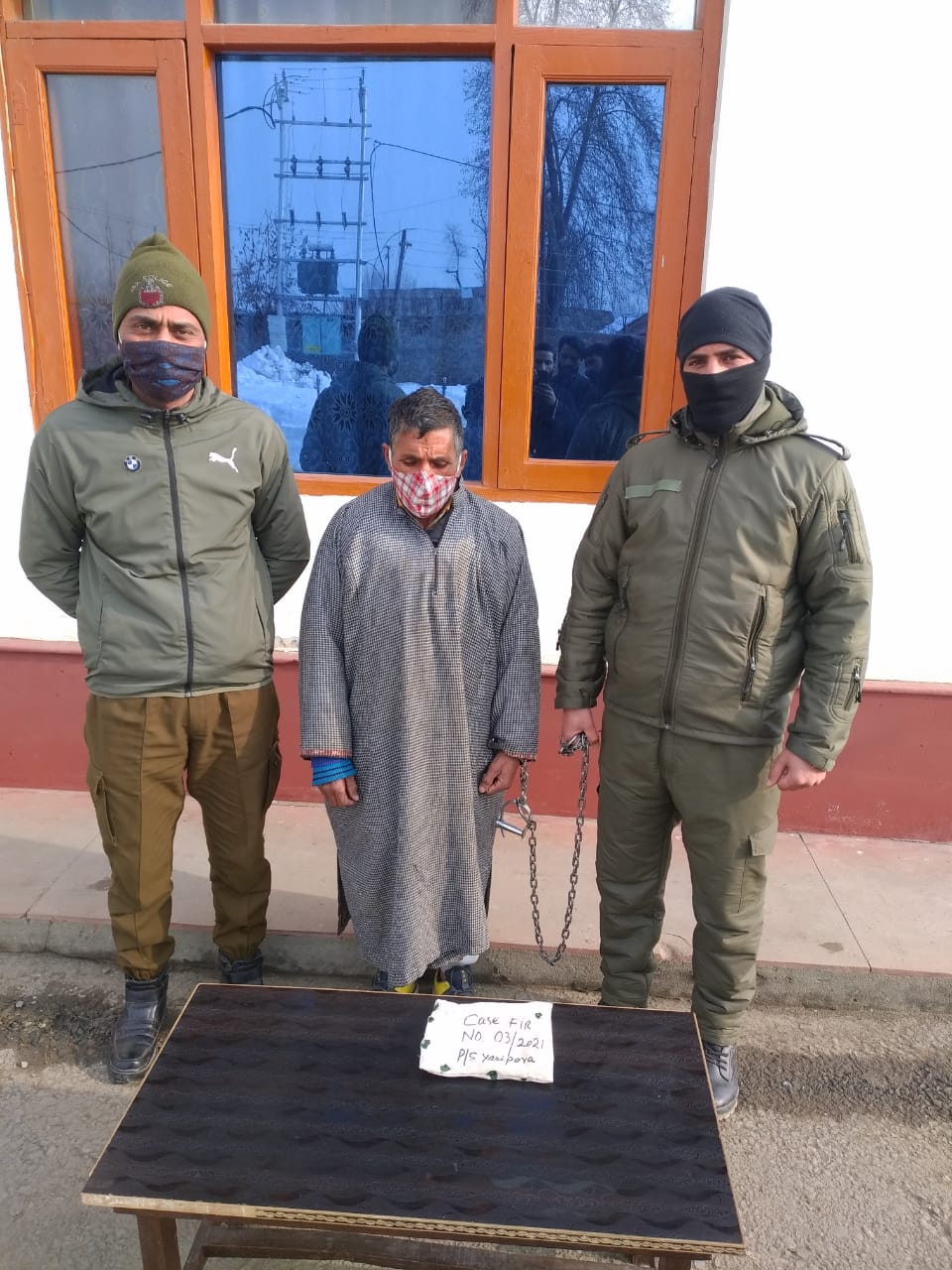 Srinagar, Jan 22 (KINS): Police in its recent action against drug dealings in Kulgam have arrested a drug peddler and recovered contraband substance from his possession.

Police in a statement issued to news agency KINS said, “Officers from Police Station Yaripora at a checkpoint established at Brazloo Jageer intercepted a vehicle (Alto-800) bearing registration number JK18-4940 with one person on board. He has been identified as Nazir Ahmad Misgar resident of Gandwani DH Pora. During checking, officers were able to recover 180 grams of Heroin from his possession. He has been arrested and shifted to police station where he remains in custody.

Accordingly, a case vide FIR number 03/2021 under relevant sections of law stands registered at Police Station Yaripora and further investigation has been initiated.

Our consistent actions against drug peddlers should reassure the community members that we are making efforts to keep our society free from the scourge of drug menace as reiterated in our community meetings”.

Omar is best separatist when out of power, cruel mainstreamer when in power: Sajad Lone