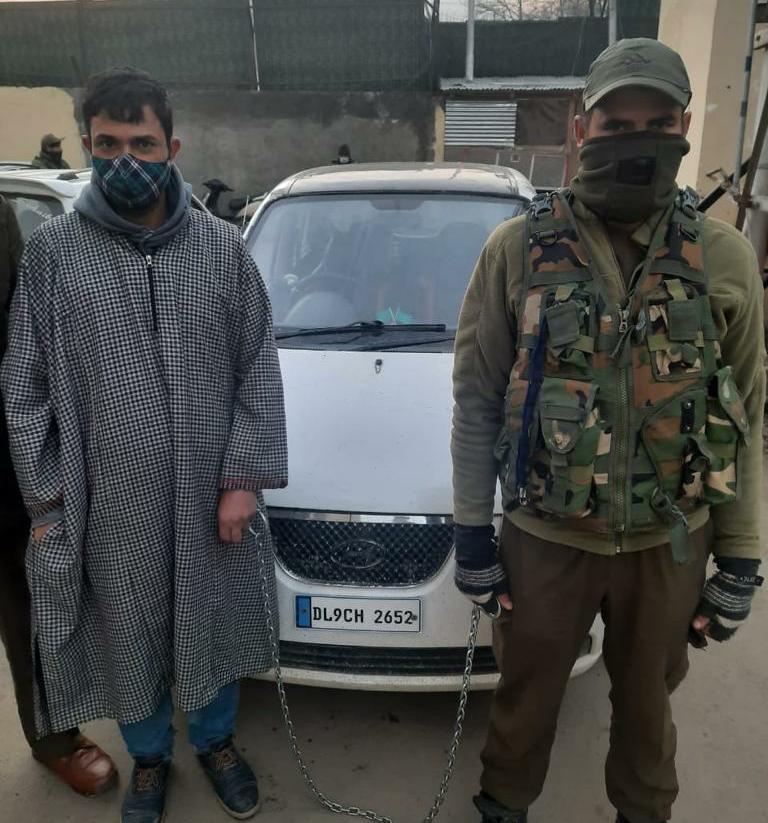 Srinagar, Jan 23 (KINS): Police solved hit and run case and arrested the accused involved in the commission of crime.

On 17.12.2020, Police Station Shergarhi received information that an unknown Santro Vehicle has hit a person near Solina who has been shifted to SMHS hospital in critical condition.

Accordingly, a case FIR No. 78/2020 under relevant sections of law was registered in Police Station Shergarhi and investigation into the matter was initiated. The injured person later succumbed to his injuries on 23.12.2020.

During the course of investigation, CCTV footage was obtained and analysed which lead to the involvement of a suspicious white colour Santro vehicle with Delhi based registration number. Accordingly, search for the vehicle was started and wide coverage was also given on all media platforms.

With the aid of technical evidences, human inputs and strenuous efforts, the investigating team zeroed in on one accused person identified as Mushtaq Ahmad Dar son of Mohammad Assadullah resident of Hardashoora A/P Faizan Colony Nayak Bagh Nowgam. On questioning, the accused person confessed his involvement in the commission of crime. The said accused has been arrested and shifted to Police Station where he remains in custody. Besides, the vehicle used in the commission of the crime has also been seized.

Community members have applauded the strenuous efforts of Police for solving the case.

Ultimate goal of Congress to restore confidence among Kashmiris and ensure their safety : G A Mir