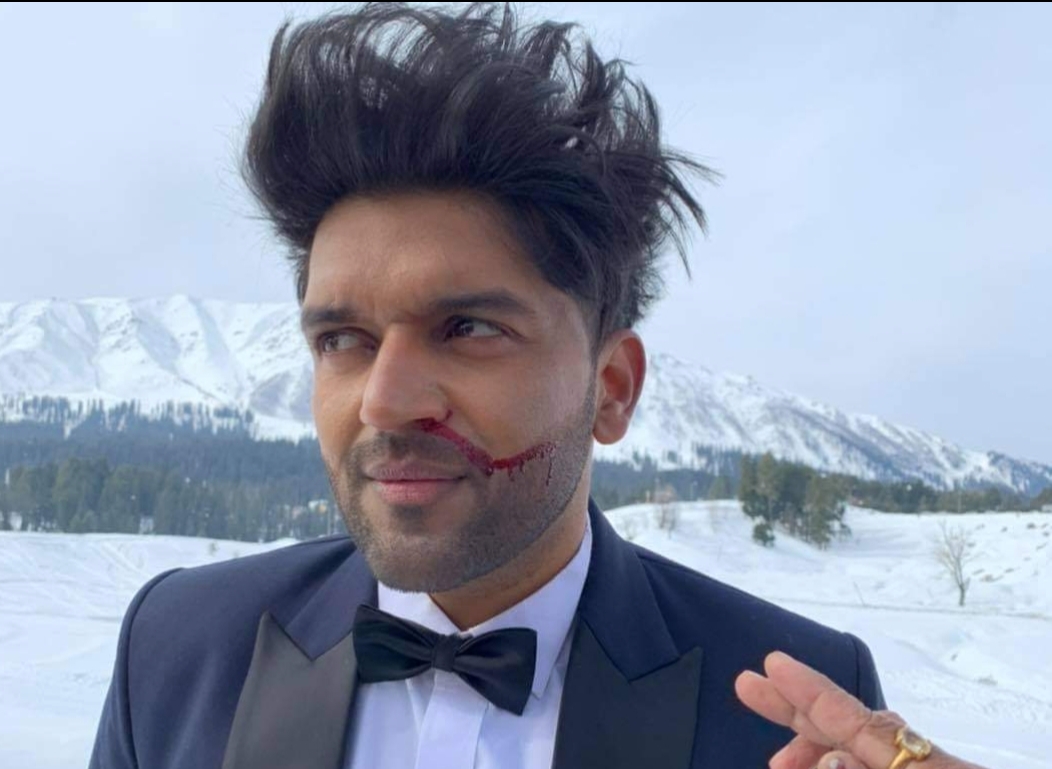 Ishtiyaq Ahmad
Srinagar Jan 29 (KINS): Director of the song Ashish has rubbished media reports that Punjabi singer Guru Randhawa has suffered a nose bleed while shooting at minus 9 degrees celsius in Kashmir.
Guru was shooting for the video of his new song in Kashmir. The music video titled ‘Abhi na chhodho mujhe’ also features actor Mrunal Thakur.
There were some media reports that Randhawa has suffered a nose bleed while shooting at minus 9 degrees celsius in Kashmir. Guru posted a picture on Instagram where he is seen wearing a tuxedo and his nose bleeds. Behind him one can see snow-capped mountains.
However, Director of the song, Ashish said Randhawa’s nose did not bleed because of minus 9 degrees Celsius.
“I got to know some people share that Randhawa’s nose bleed due to freezing temperature. The reality is that the picture where his nose is showing bleeding was part of the song at Gulmarg. Bleeding was shown as it was part of that scene and was not reality,” he told news agency Kashmir Indepth News Service (KINS).
Ashrish also praised the beauty of Kashmir. “We shoot three songs in Kashmir. Next time I want to shoot movie in Kashmir. We really liked the place as people are equally beautiful,” he said.
“There are no security issues. We found Kashmir a very safe place for shooting. People are also cooperative,” he said.
He however said there was need for development of better infrastructure like roads in the valley.
Boolywood starts have been making beelines Kashmir. The big banners of Bollywood are on a 4-day visit to Kashmir to explore scenic backdrops for their future film projects.
The top names which have arrived here include Ajay Devgun Films, Sanjay Dutt Productions, Reliance Entertainment, Rohit Shetty Films, Zee Studios, Adhikari Brothers & SAB (Marathi), Endemol, Rajkumar Hirani, Excel Entertainment, etc besides representatives from Producers Guild, Mumbai.
Soon after their arrival here on Wednesday, the 24-member delegation of top notch banners and other artists visited Gulmarg on Thursday. The team will stay in Srinagar on 29th January and also have interactive sessions with media, travel trade associations and Valley’s film and line producers. They will also be exploring the favourite backdrop locations at Pahalgam on 30th January before departing back to Mumbai.
Celebrities who recently visited Kashmir include Singers Jubin Nautiyal, Guru Randhawa, Salman Ali, former Indian actress and model Sana Khan, Music Composer Salim Merchant, TV Host and Anchor Aditya Narayan, business tycoon Anil Ambani and most of whom visited Gulmarg. The ski resort also received 100 percent booking as most of the hotels are booked till February end owing to the huge tourist rush.
The Producers Guild praised the pristine beauty of the Gulmarg and expressed keen desire to shoot for their upcoming film projects at various locations in Kashmir. (KINS)

Explained: Who can take the Covid-19 vaccine, and who are advised not to

AN OPEN LETTER TO THE LIEUTENANT GOVERNOR J&K