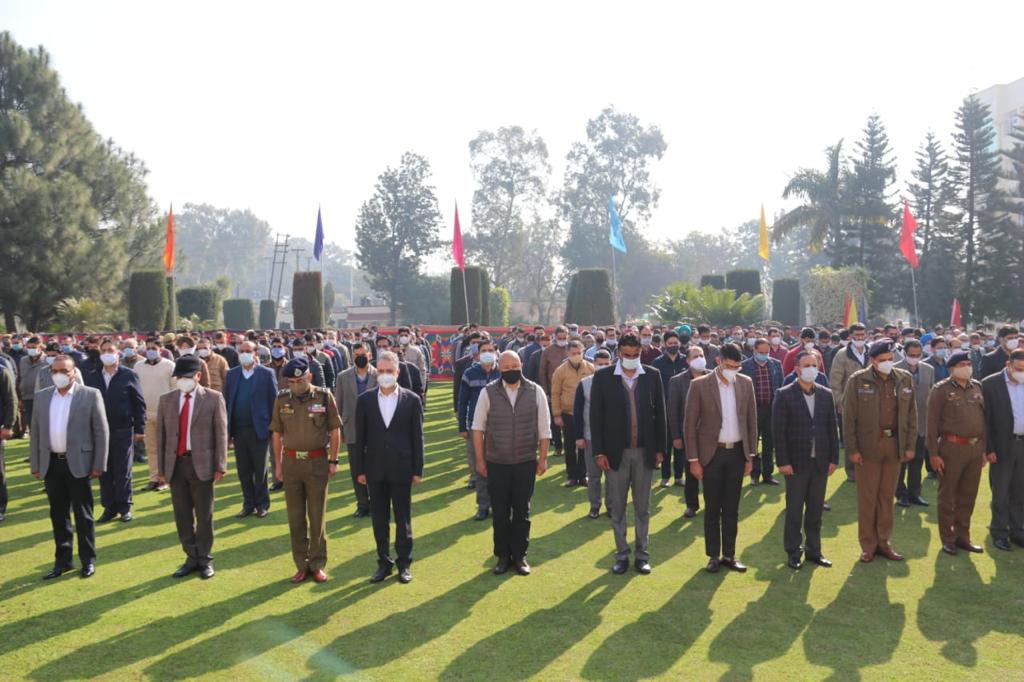 In a statement the police said, “Two minutes silence was observed by the officers & personnel posted at Police Headquarters & Armed Police Complex Jammu in PHQ lawns in memory of the martyrs who gave the supreme sacrifice of their lives during India’s freedom struggle.

Banned wild-animal skin & other parts recovered in Anantnag; One arrested