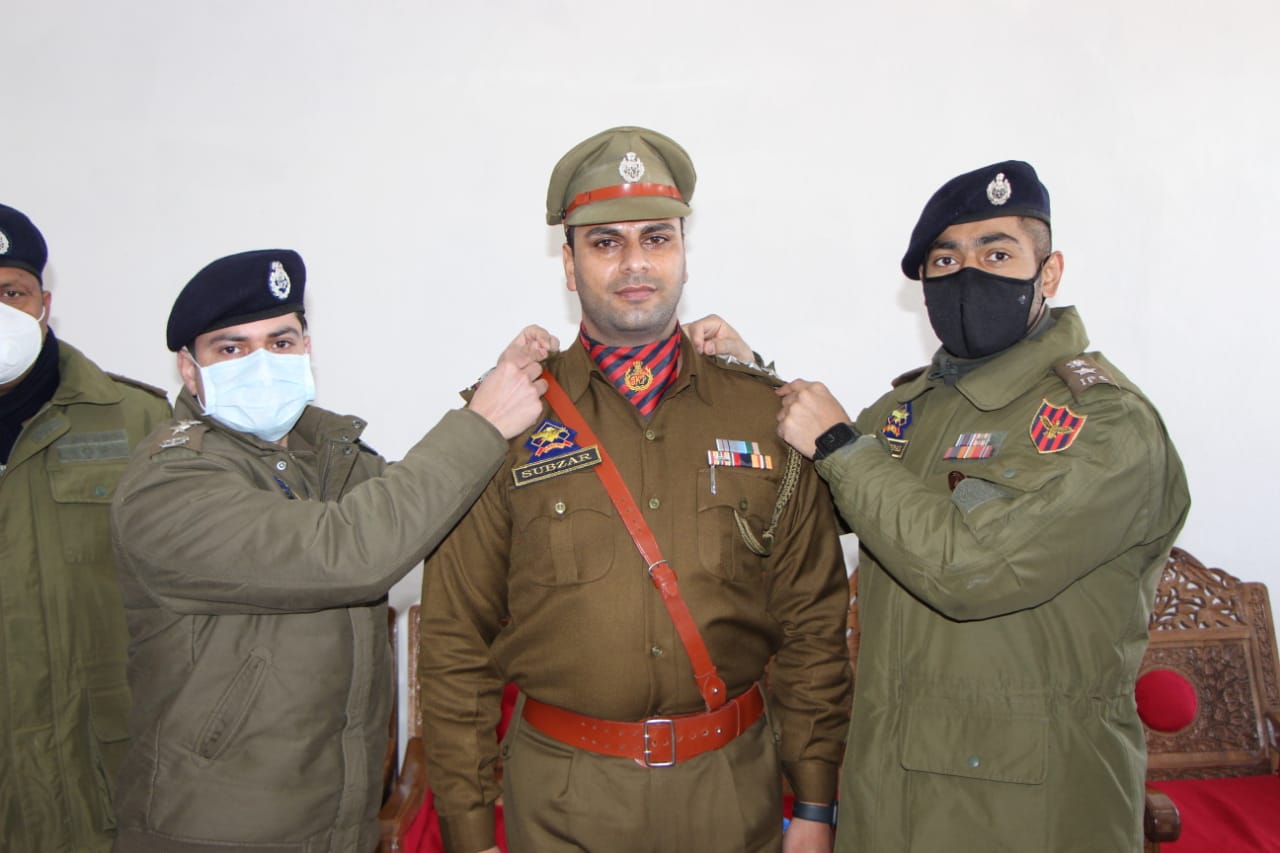 February 01: “`Piping ceremony of recently promoted 23 SgCTs as HCs, 16 HCs as ASI’s and a SI as Inspector was held during an impressive ceremonial function at District Police Lines Kulgam.

The promoted officials/officers were decorated with their new ranks by SP Kulgam Gurinderpal Singh-IPS along with other senior officers who expressed happiness over their promotion.

During the colourful ceremony, all the newly promoted Officers/Officials expressed their gratitude towards Police department for conferring their next ranks and timely up gradation“`

Advisor Sharma for settlement of HR issues of employees