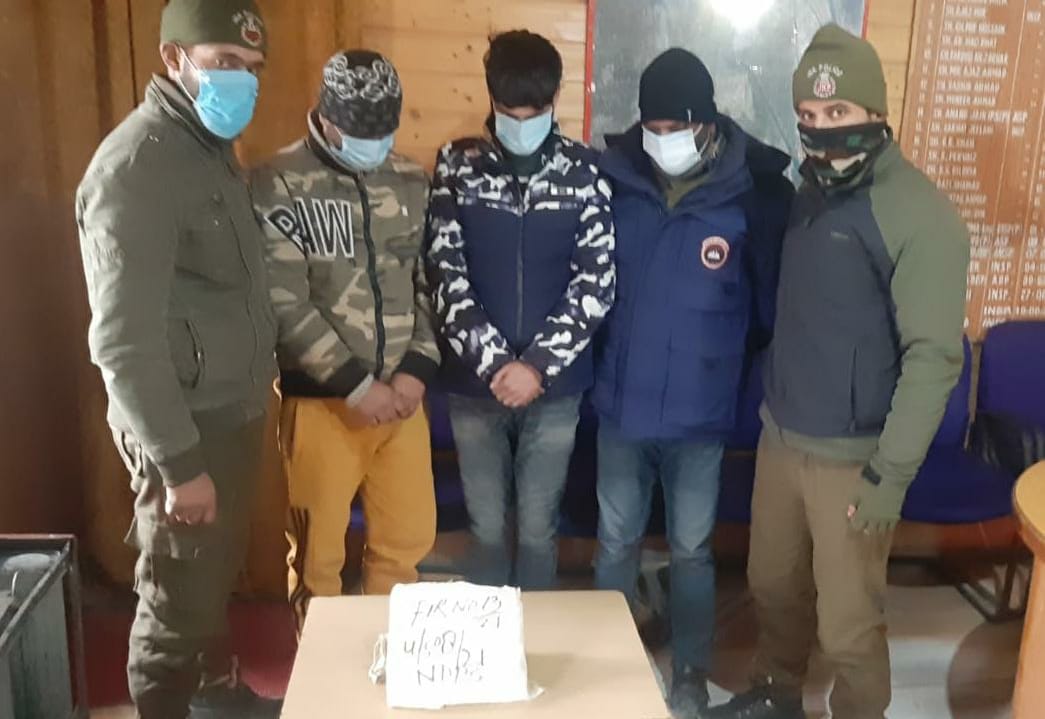 February 02 (KINS): Continuing its efforts to eradicate menace of drugs from the society, Police have arrested three drug peddlers in Srinagar and recovered psychotropic substances from their possession.

Officers from Police Post Bemina at a checkpoint established at Garikadal Hamdanya Colony intercepted a vehicle Swift bearing registration No. JK01AK-2862 with three persons on board. They have been identified as Owais Ahmad Malik resident of Nundrish Colony Batamaloo, Furqan Ahmad Wani and Manzoor Ahmad Khan both residents of Hamdanya Colony Bemina Srinagar. During checking, officers were able to recover contraband substance (180 tablets of Tapentodol 75mg) from their possession. They have been arrested and shifted to police station where they remain in custody. Vehicle used in the commission of crime has also been seized.

Accordingly, a case FIR No. 13/2021 under relevant sections of law stands registered at Police Station Parimpora and investigation has been initiated.

Our consistent actions against drug peddlers should reassure the community members that we are making efforts to keep our society free from the scourge of drug menace.“`