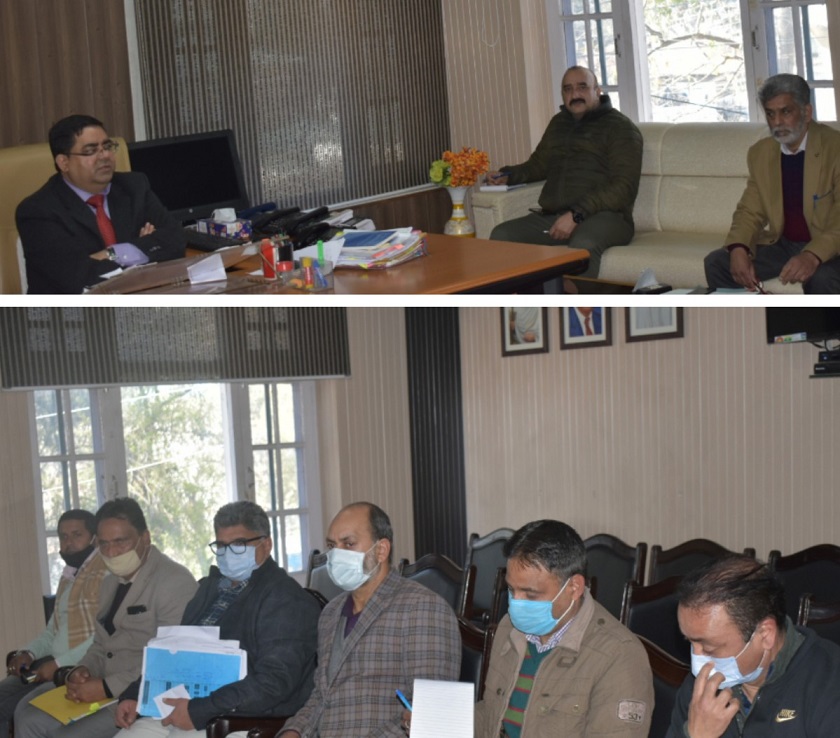 RAJOURI FEBRUARY 07: District Development Commissioner Rajouri, Rajesh K Shavan on Sunday chaired a meeting to review the progress on Government Medical College Rajouri campus, which is being executed by the PWD.
The meeting was attended by the ADC Rajouri, Sher Singh; Chief Planning Officer, Mohammad Khurshid; Superintendent Engineer, PWD, Shahid Latief, ExEn PWD, Mohammad Zubair, Assistant Commissioner Development, Sushil Khajuria; DM,JS Pawar; ExEn JKPCC and representatives of Kapahi Constructions.
The DDC sought a detailed report about the progress on the GMC. It was informed that the project has been approved at an estimated cost of Rs 139 crore and the work on the Administrative and Academic block and the approach road is likely to be completed by February end.
The DDC asked the PWD functionaries to speed up the pace of work and work in double shifts to complete the prestigious health sector project which is going to cater the people of three districts including Rajouri, Poonch and Reasi.
He further called for using only standard quality material and warned of strict action in case of any compromise in this regard.
The DDC directed the District Mineral Officer to conduct the inspection of the stone crushers in the district and submit a report regarding the stocks available with them and impose penalties on the violators. It was decided that a team consisting of the SHO concerned, Naib Tehsildar concerned, JEE I&FC concerned, Rangers and Foresters shall aid the DMO in this regard.

KU controller: Everything will be alright, exams as per schedule tomorrow: Who will responsible if any untoward happens to anyone, ask students

Fight with China not with Kashmiris, Mehbooba to New Delhi