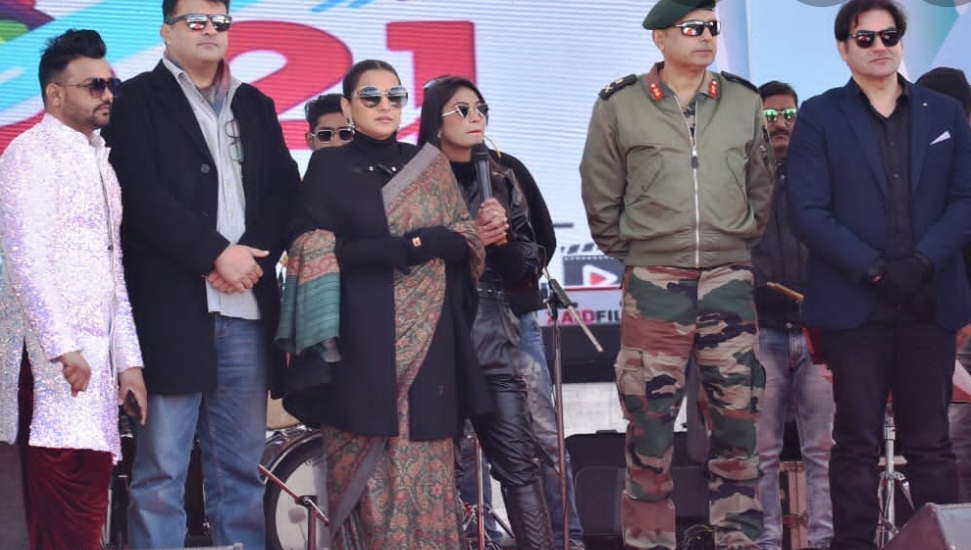 Ishtiyaq Ahmad
Srinagar, Feb 09 (KINS):  The Lieutenant Governor Manoj Sinah led administration, having promised to provide a platform to local artists to showcase their talent, is happy to see the Bollywood back in Kashmir.
“We have become successful to bring back the Bollywood in Kashmir.Our efforts will continue to bring more and more Bollywood to Kashmir and provide a platform to local artists to showcase their talent,” one of the top officials close to Manoj Sinha, here in Rajbawan told news agency KINS.
He said noting that the fastest growing industry in the world today is the tourism industry. “We have to bring back tourism to the Union territory and have to make J&K the ultimate tourist destination in the world,” he maintained, wishing not to be named.
A number of movies have been shot in Kashmir, including “Kashmir Ki Kali”, “Mission Kashmir” and more recently “Haider”.
He said that the government is hopeful that Bollywood will definitely return to Kashmir to shoot films and bring the Valley back to the silver screen like in the 1950s and 60s.
He said that the government will provide a platform to local artists to showcase their talent and to provide a fillip to the tourism industry in Kashmir and lend support to the people who rely on the industry.
It is to mention here that the Bollywood celebrities who arrived here on a two-day visit to attend Gulmarg festival has said that the people of Kashmir are full of love and the production houses are soon going to make a big come back to film in Kashmir.
The celebrities including Arbaz Khan, Vidya Balan and producer Siddharth Roy Kapur were in Kashmir to attend a two-day winter festival that was organised by the Army that witnessed skiing, snow cycling, musical performances at Gulmarg.
“I say on behalf of the Indian film industry that we will definitely be coming to Kashmir very often in the future to shoot,” Kapur, who also heads the Producers Guild of India, had told reporters at Gulmarg.
“We do not need to talk about how beautiful the location is. We intend to come here very often and bring film crews here. We will see that we are able to bring Kashmir back to Indian screens,” the filmmaker had said.
The event witnessed a host of activities including skiing, snowmobile, ATV race, and snow cycling, besides cultural performances by renowned artists of the valley.(KINS)

“With human, tech intelligence, we have conducted many successful operations against militants since outbreak of Covid-19”, say top officials

Cook electrocuted to death in Ganderbal