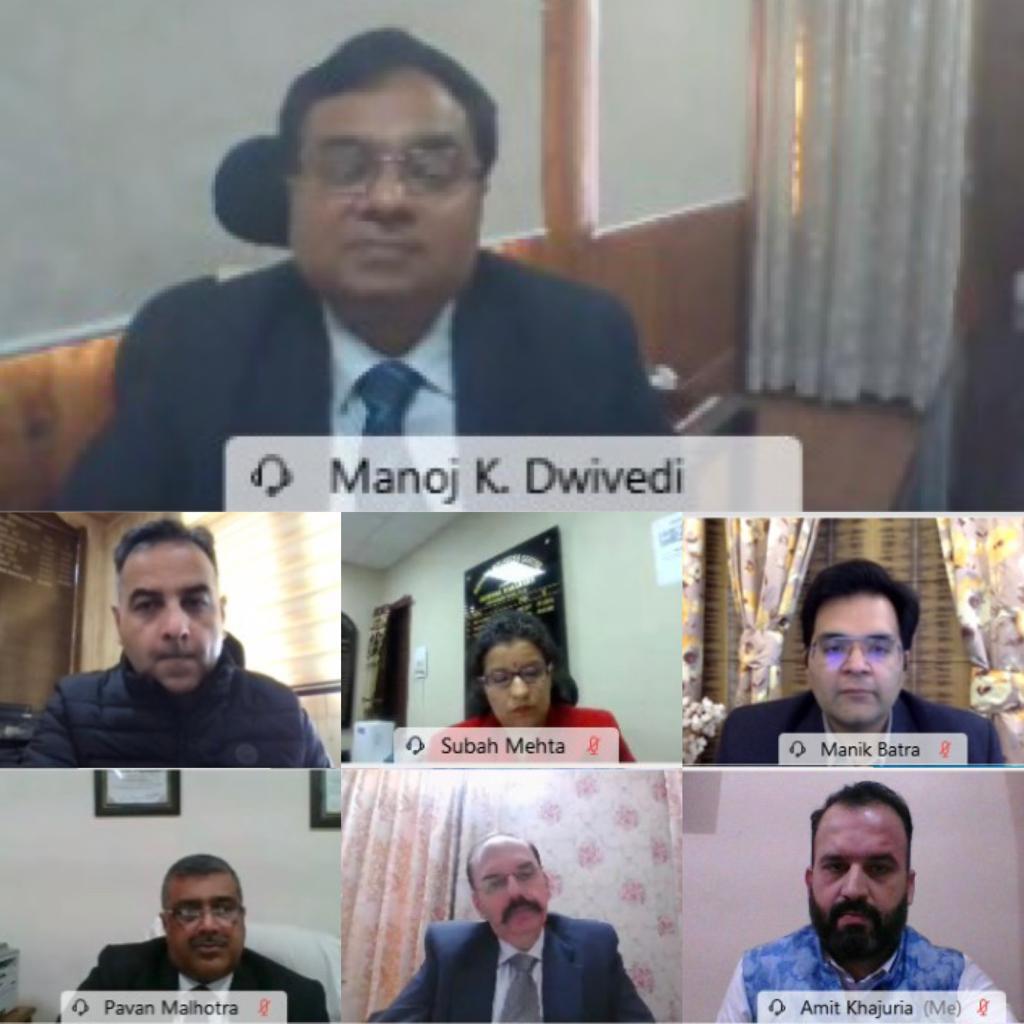 JAMMU, FEBRUARY 12: Commissioner Secretary, Industries and Commerce Manoj Kumar Dwivedi today said that Jammu and Kashmir Government is working on creating a progressive business eco-system with implementation of new policies.
Dwivedi made these remarks while speaking in a webinar organised by the ASSOCHAM on the topic “J&K UDYAM Registrations” to create awareness among industries about its registration process as well as its benefits.
The webinar was attended by Nazim Zai Khan, Director Industries and Commerce Kashmir, Subah Mehta, GM, DIC Jammu, Dr. Pavan Malhotra, Director and Principal, ASCOMS, Manik Batra, Chairman, ASSOCHAM J&K Council and Dr. M A Alim, Co-Chairman, J&K Council.
“I would like to announce from this platform that the existing industries will also be covered in the New Industrial policy, which will be out soon and the Government is going to do away with many compliances to create ease of doing business”, Dwivedi said.
Appreciating the initiative taken by ASSOCHAM, the Commissioner Secretary said that the Industry bodies like ASSOCHAM are working hand in hand to the take the government initiatives across and I am hopeful that we will get maximum number of registrations in due time.
Co-Chairman J&K Council said that UDYAM registration is the next step after the UAM holders and non-holders for building a responsible entrepreneur based on self-compliances. It is revolutionary step in the digital India revolution which is sweeping across the nation. Anyone can register online with minimum documentation and sitting at home or at office.
More than 100 participants attended the event and a demonstration session was also organized during the webinar, where the queries from the participants were addressed.