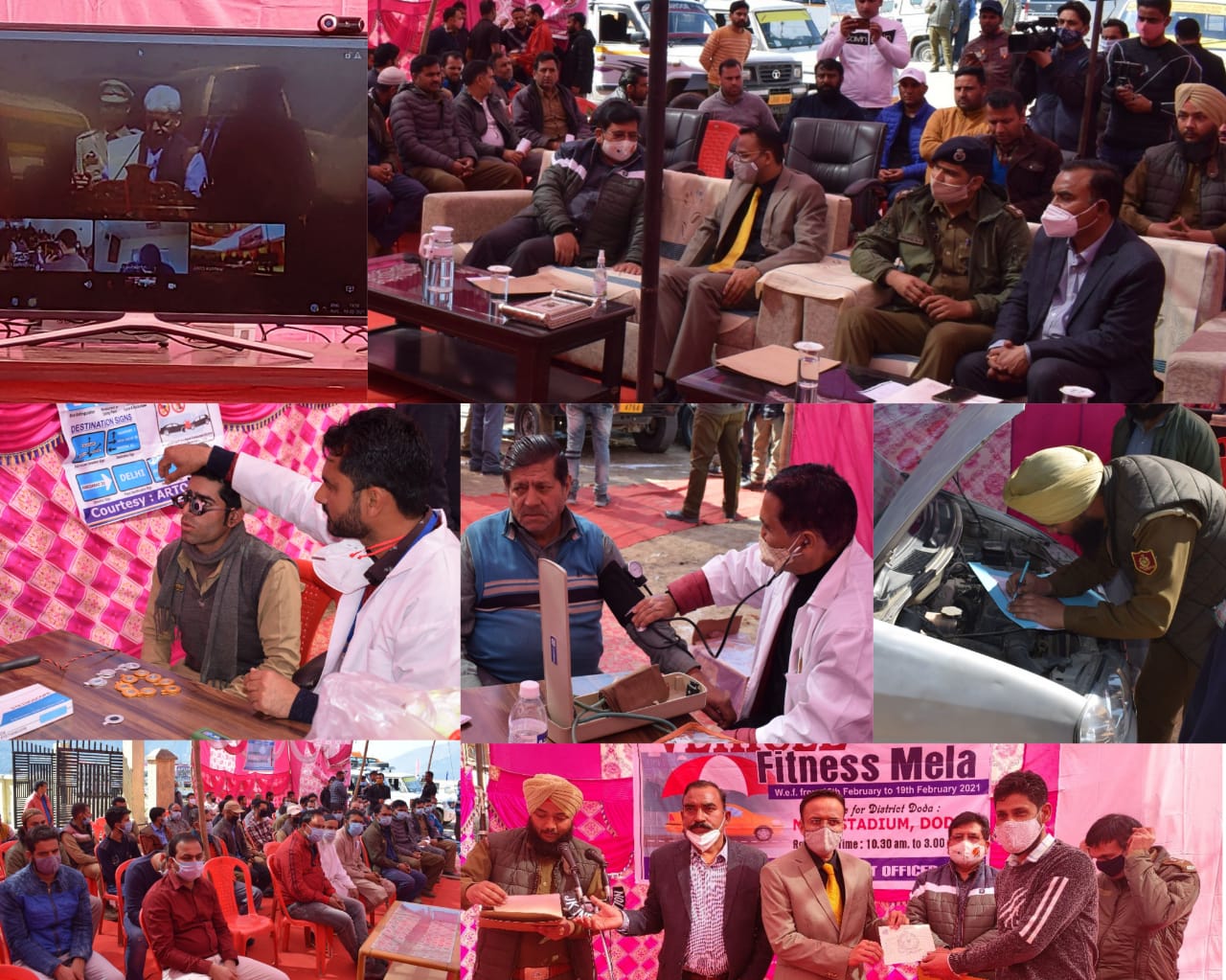 Doda, Feb 19 (KINS): District Administration Doda under the overall supervision of DDC Doda, Dr Sagar D Doifode Friday hosted the program on the eve of the e-closing ceremony of the 32nd “Road Safety Month” here at Sports Stadium Doda.
During the program the arrangements for the live telecast of the e-closing ceremony program by the Lieutenant Governor Manoj Sinha was also made available for the participants.
DDC Doda Dr Sagar D Doifode,SP operations Doda Raj Kumar, CEO BDA Dr Rajinder Singh Khajuria, Touseef Magray District Mobile Magistrate (Traffic) Doda ARTO Doda Er Kuldeep Singh,Dy SP Traffic Pankaj Soodan, besides large gathering of driver’s, transporters including media persons remained present in the program at the aforementioned venue.
While speaking on the occasion the LG said that these programs are important to generate mass awareness about road safety measures, besides said that participation of all stakeholders especially of young generation are imperative for the success of these programs in the interest of the safety of the general public of the UT.
DDC Doda while speaking on the occasion urged all stakeholders of transport to ensure timely checking of their respective vehicles so that road mishaps resulting into the loss of precious human lives can be avoided on priority basis.
Having the tough topographic conditions of the district it is important for all the stakeholders across the district to ensure timely fitness checking of their vehicles so that safety and security of the commuters cannot be compromised at any cost, the DDC added.
The DDC informed that series of events and awareness programs related to road safety were organised by the MVD Doda during the month long campaign and directed to continue with this on regular basis in the upcoming days also.
Adding to this DDC directed the MVD and traffic department to conduct drives across the district to check the fitness of the vehicles especially of passenger vehicles and to lay penalty against the violators as per rule of new motor vehicle act.
Later on, the DDC Doda handed over the fitness Certificates of the vehicles among the transporters during the program. (KINS)

3 held for attack on restaurant owner’s son in Srinagar: Police

PDP Hits Back At Congress, Says It Destroyed Joint Resistance To BJP In JK

Clashes in old city over violence against Kashmir’s in Jammu, other states