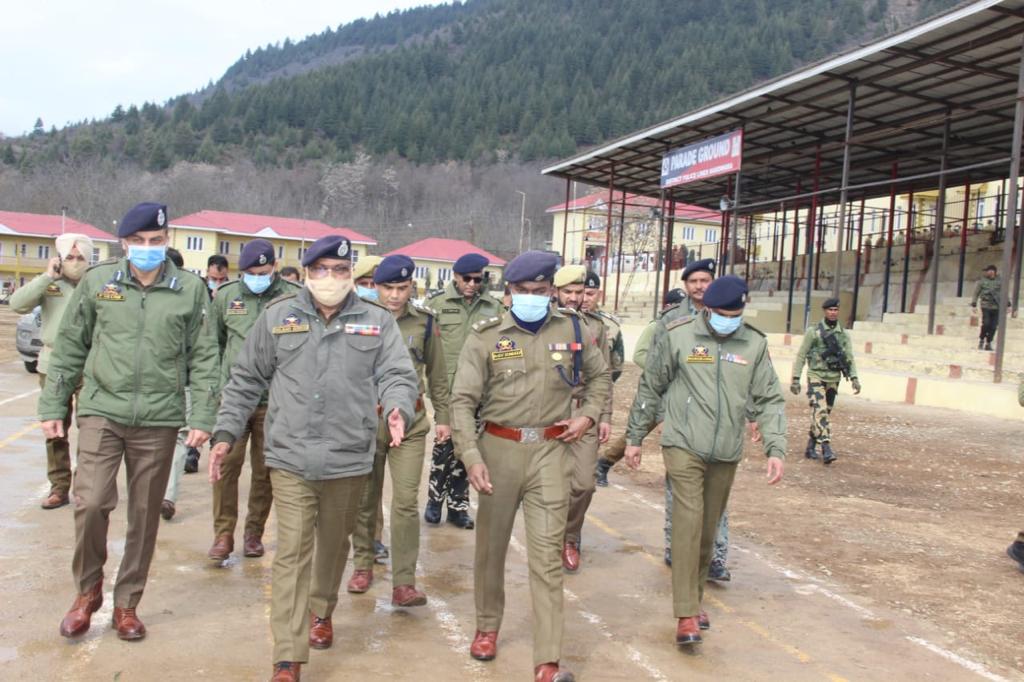 Peaceful atmosphere cannot be allowed to be disturbed;

During the security review meeting and while addressing the darbar, the DGP said that Jammu and Kashmir Police has earned a name and respect for itself with the sacrifices, dedication, commitment and hard work done by the officers and jawans of J&K Police. He said that the success achieved for the peaceful atmosphere cannot be allowed to be disturbed and added that Police and security forces will work further to consolidate the gains. He said that Handwara and Kupwara districts are the gateways and added that during the past these have been used for nefarious designs. He said that lot of responsibility is on the shoulders of the JK Police and added that we have to continue our services for the peaceful atmosphere, in our Union Territory.

The DGP said that Jammu and Kashmir police in the past has seen very difficult time and added that today because of the dedicated and committed efforts of the Jammu and Kashmir Police along with other forces we have reached at the point when we hold hands of the civilians and are working for strengthening the peaceful atmosphere in Jammu and Kashmir.

While appreciating the sacrifices and achievements of the force during the tough times, the DGP said that after the day comes to an end we should develop the habit of introspection and do the self assessment and added that this process always gives the correct vibes of our work. He advised the personnel to take due care of their health and urged upon them to turn away from their ill habits, if any. He said that when a person is emotionally strong it automatically doubles his/her physical strength, so everyone should also take due care of their family members, he added.

He exhorted upon officers and jawans to keep good work going with sincere efforts and be conscious while performing duties to thwart any evil designs.

Yasin Malik shifted to Soura hospital, under detention since Nov 19