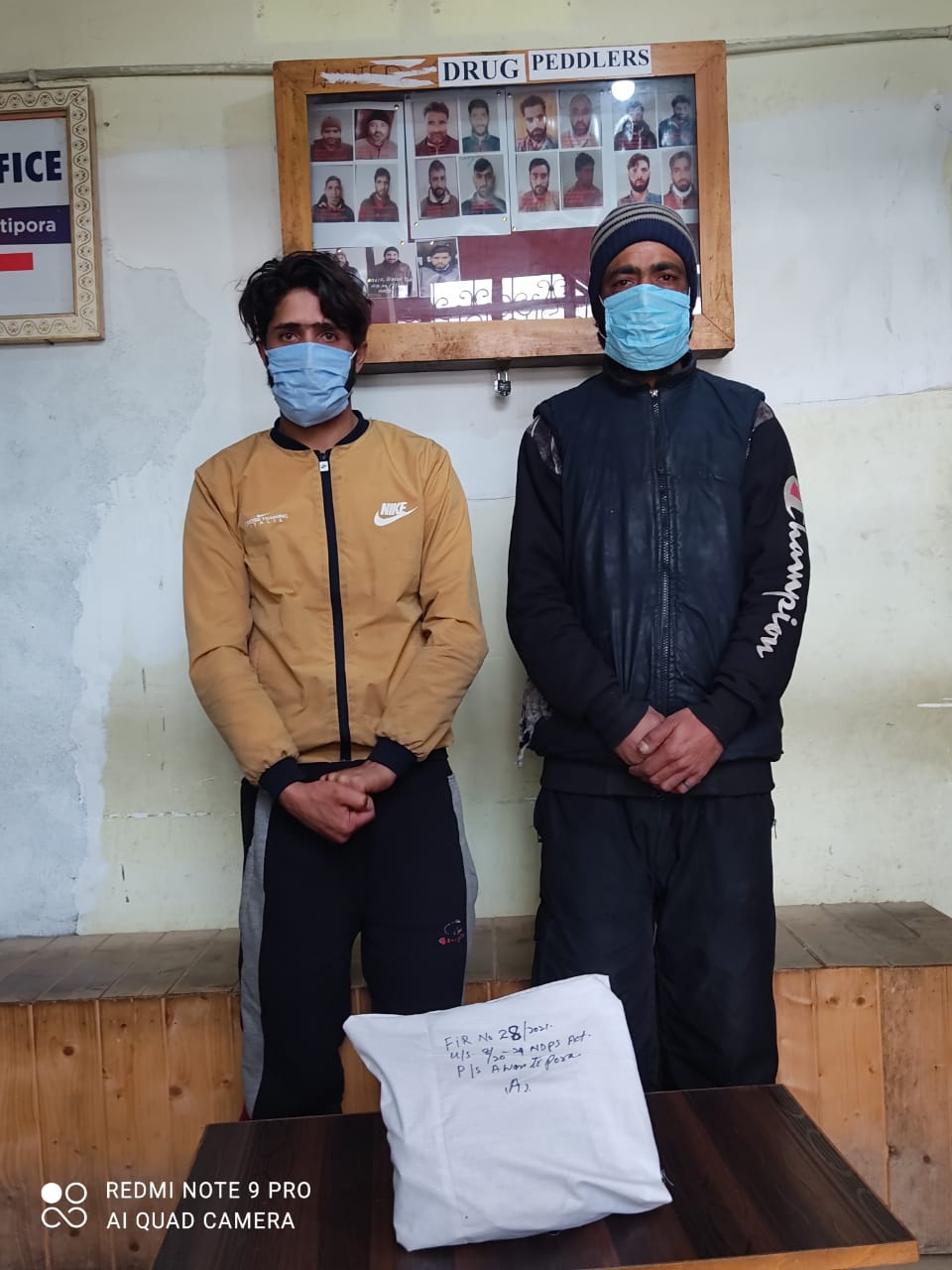 February 26: Continuing its efforts to eradicate menace of drugs from the society, police have arrested three drug peddlers in Awantipora & Pulwama and recovered huge quantity of contraband substances from their possession.

In a statement issued here the police said, “Officers from Police Station Awantipora at a checkpoint established near Toll Plaza Awantipora intercepted a vehicle bearing registration number JK18-5715 with two persons on board. They have been identified as Bilal Ahmad Dar son of Abdul Majeed Dar resident of Tulbagh Pampore and Raqib Hussain Ganie son of Abdul Salam Ganie resident of Hassanpora Arwani. During checking, officers were able to recover 02 Kgs of Charas from their possession. They have been arrested and shifted to police station where they remain in custody. Vehicle used in the commission of crime has also been seized.

Accordingly, a case vide FIR No.28/2021 under relevant sections of law stands registered at Police Station Awantipora and further investigation into the case has been initiated.

In Pulwama, officers from Police Station Litter received information that a person namely Ashiq Hussain son of Abdul Majeed Malik resident of Badriwan has kept a huge quantity of Poppy straw in his cow shed. On receipt of this, police party raided the said location and recovered 18 bags containing Poppy Straw weighing about 202 Kgs. The accused has been arrested and shifted to police station where he remains in custody.

Accordingly, a case vide FIR No.04/2021 under relevant sections of law stands registered at Police Station Litter and investigation has been initiated.

Our consistent actions against drug peddlers should reassure the community members that we are making efforts to keep our society free from the scourge of drug menace.”

Police distributes school uniforms and bags to students in Ganderbal