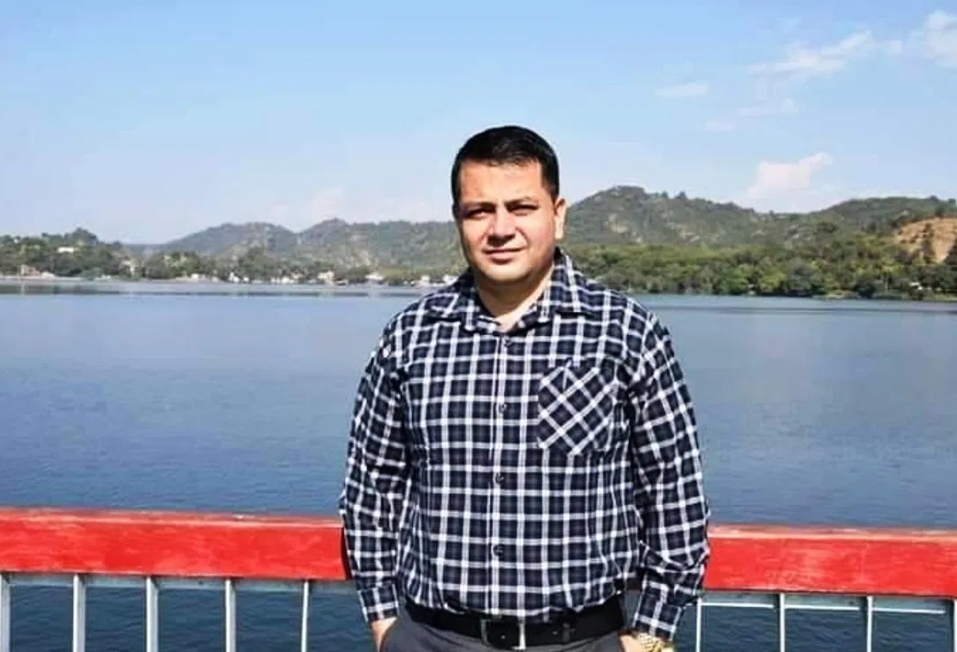 *Srinagar, Mar 12( KINS):* A young KAS officer, Sajad Bashir Sombaria died due to cardiac arrest in Udhampur early Friday morning. According to the officials in the district administration, Sajad complained of pain at his residence and was shifted to emergency wing of district hospital Udhampur at around 8:30 in the morning. He was attended by the specialist doctors but could not be revived and was declared dead after few minutes.
In his early forties, Sajad was posted as district social welfare officer Udhampur. Before his joining administration in 2011, a trained engineer, he served J&K Bank’s IT department for seven years.

A resident of Alinbass in Ramban, he also served as private secretary to then finance minister Dr Haseeb Drabu in 2015.
“Devastated to hear Sajad Sombaria has passed away this morning. No age to die. A young colleague, we worked very closely in the finance department of J&K Government. Absolutely wonderful fellow. May he rest in peace and may his family have the fortitude to bear this grave tragedy,” Dr Drabu tweeted.
A shock to the people who know him, the last message he posted in the group of officials late Thursday evening at around 9:34 pm was “Zulm is short lived! May God bless and protect all of us.”
His death has been widely condoled.

Lt Governor expresses grief over the demise of JKAS Officer

2 soldiers killed, 4 others injured in cross LoC firing in Kupwara