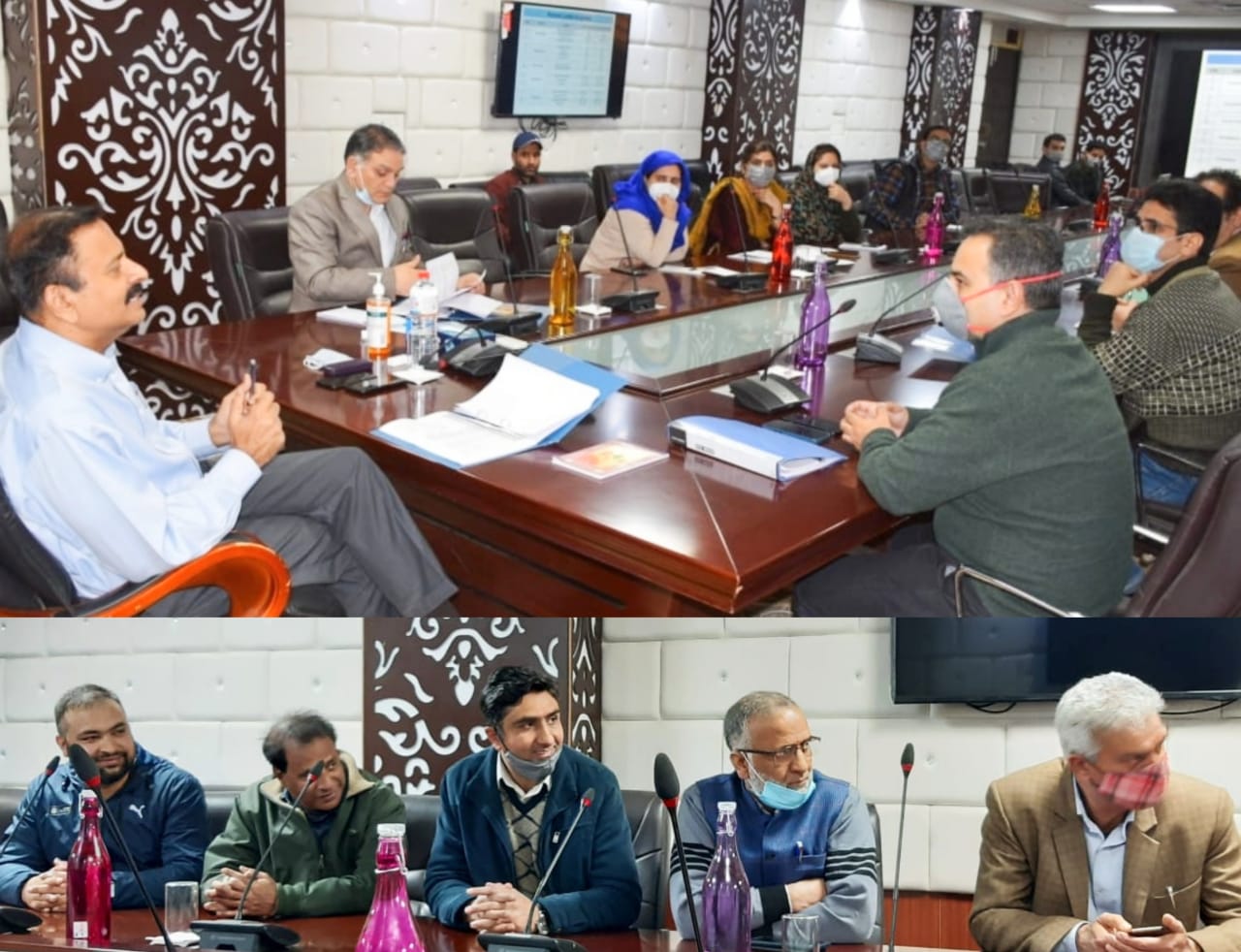 SRINAGAR, MARCH 19: The Principal Secretary of Industries and Commerce (I&C) Department, Ranjan Prakash Thakur today reviewed the functioning of department and also held an introductory meeting of officers at Sanat Ghar, Bemina, here.
The meeting was attended by Director I&C, Kashmir, Nazim Zia Khan; MD SIDCO, Haroon Malik; Joint director, Fayaz Ahmed Fayaz; Assistant Director I&C, Arjumand Yaqoob; Deputy Director Planning, Eram Rashid; Chief Accounts officer Industries, Dr. Jozy Ara; Public Law officer, I&C, Masooda Shahbaz and others.
While sharing his ideas with the officers present in the meeting, Thakur impressed upon them to increase local production and export of locally made products to outside the region.
Regarding different issues raised by the officers, Principal Secretary assured them that all the issues will be taken and resolved on priority.
At the onset of the meeting, Director I&C gave a power point presentation during which he presented an overview of the department.
Later, Principal Secretary also held a separate meeting with a delegation of valley based industrialists led by FCIK, president, Shahid Kamili during which deliberations were held over different aspects of the promotion of industrial sector particularly MSME.