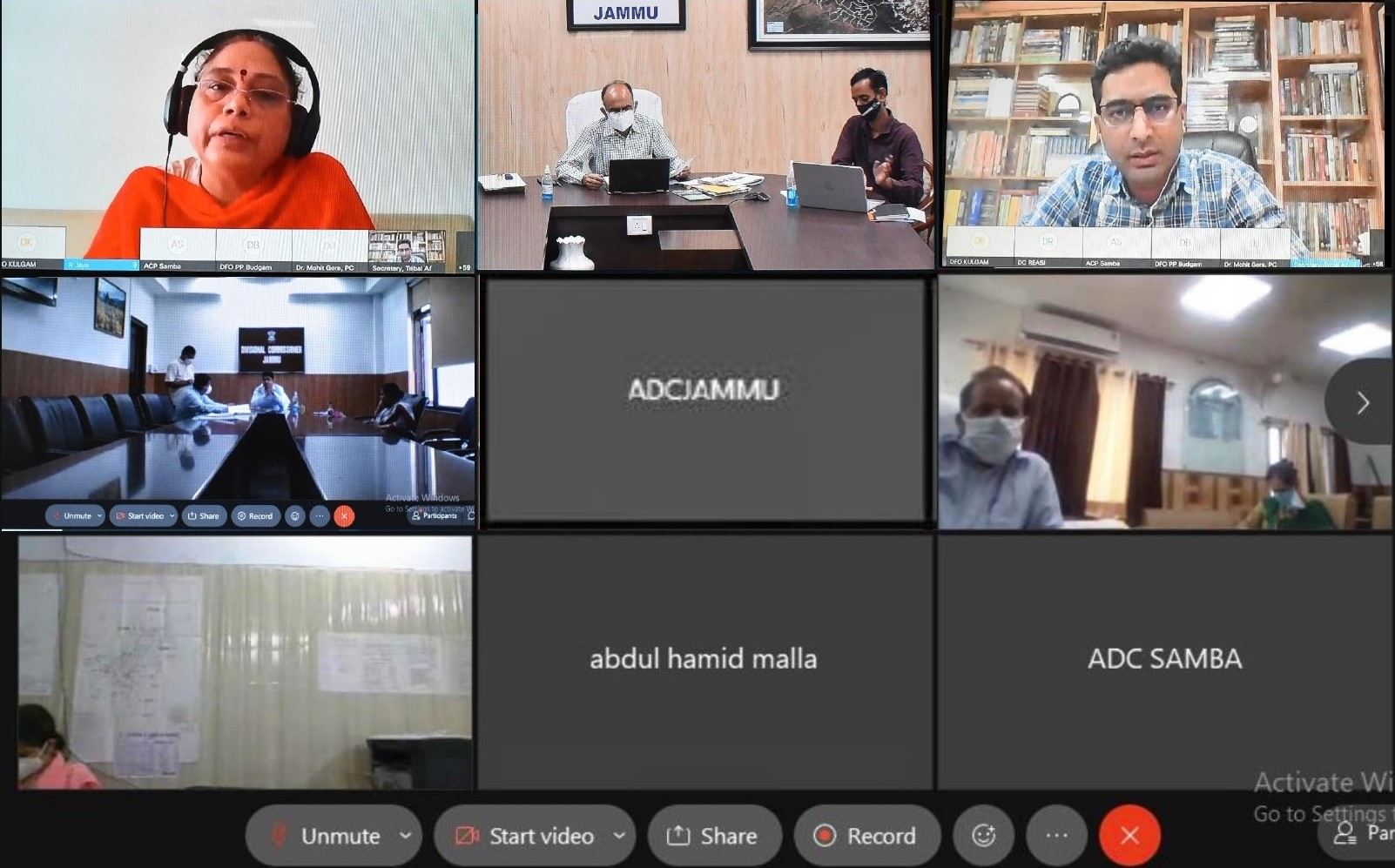 Resource persons of national repute including Jaya, Union Joint Secretary, Ministry of Tribal Affairs and Dr. A.K. Jha, Former Commissioner, Tribal Research and Training Institute, Maharashtra with vast experience in implementation of FRA provided useful inputs to the participants on procedures and processes involved in implementation of Forest Rights Act, 2006 in the Union Territory of Jammu and Kashmir.

The training focused on duties of District level, Sub-Division level and Gram Sabha level committees as per the Act and rules made there under.

Pertinently, implementation of the Act involves recognition and vesting of forest rights in Forest Dwelling Scheduled Tribes and Other Traditional Forest Dwellers who have been residing in such forests for generations but whose rights could not be recorded. The Act provides a framework for recording of rights so vested and the nature of evidence required for such recognition and vesting in respect of forest land. The framework for recording the rights involves procedures and processes is to be implemented through the Gram Sabha, Sub-Divisional Level and the District Level Committees as per Section 4 of FRA, 2006. The nature of evidence required are recorded in detail in the Rules and also involves field verification by the Forest Rights Committee comprising 10-15 members to be elected among its members by the Gram Sabha.

He informed that some of the districts like Rajouri, Poonch, Budgam and Kupwara have received maximum number of claims so far which are in different stages of verification. The Forest Department has also prepared an awareness video and pamphlets explaining various provisions of FRA, 2006, he added.

Speaking on the occasion, Dr. Shahid Iqbal Chowdhary, Secretary Tribal Affairs department explained that the FRA, 2006 will bring change in the livelihood of Forest Dwelling Scheduled Tribes and Other Traditional Forest Dwellers and help building of community infrastructure by utilizing the funds under CAPEX- Plan as well as from Union Ministry of Tribal Affairs. The Act apart from recognizing the rights also gives various kinds of duties to holders of forest rights to protect the wildlife, forest and biodiversity of the area, he maintained.

Union Joint Secretary spoke in detail on history of FRA 2006, key provisions of Act and discussed in detail context of its implementation in Jammu & Kashmir. She gave a brief background of evolution of Forest Rights Act, 2006 besides presenting Individual and Community rights elaborately. She also elaborated the role of various institutions particularly Gram Sabha, Forest Rights Committee, SDLCs and DLCs as well as processes involved in the claim.

Dr. A.K. Jha described about nature and extent of rights in Individual as well as Community Forest Rights category. He also cautioned that the committees should decide the cases based on merit of the claim. He also elaborated proforma based system strengthened with ‘geo informatics’ used in Maharashtra which tremendously helped in arriving at correct decision making by Sub-Divisional Level Committee and District Level Committee.

The District level training was attended by around 80 officers from 58 different locations from across the UT. (KINS)

No response from Pakistan in retrieving bodies of its slain men at Keran: Army