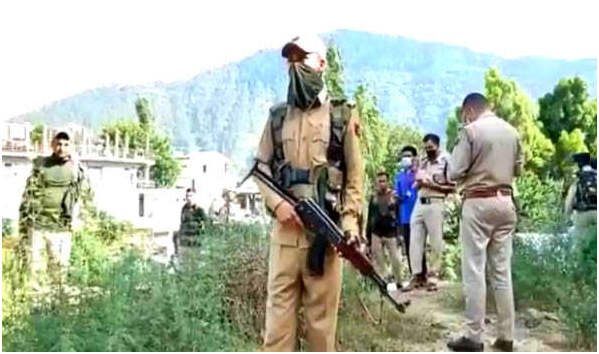 Jammu, Jul 5 (KINS) Panic gripped on Monday afternoon when some unidentified persons hurled a grenade outside District Police Lines leaving one policeman and a civilian injured in hilly Doda district of Jammu and Kashmir.

Confirming the attack, a senior police officer said, “some unknown persons lobbed a grenade outside DPL this afternoon.”

He said that two persons including constable of special operation group and a civilian have suffered minor injuries.

“The injured have been evacuated to a nearby hospital for treatment, while the entire area was cordoned off and searches were launched,” he said. (KINS)

Gear up for Assembly Polls after Delimitation exercise in J&K: Azad to parties